Mental health therapy, designed in Dublin, just a click away

SilverCloud, which began as an online project at Trinity College, now treats 60,000 patients 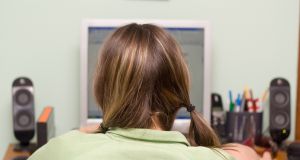 When Dr Derek Richards started a small project to provide an online mental-health community for students at Trinity College Dublin, little did he know that it would grow to be part of a platform delivering treatment to more than 60,000 patients.

The project, which started about 12 years ago, formed part of the research that developed into Silvercloud Health, a company that provides online therapeutic programmes for mental-health conditions.

Richards’s work initially focused on students and proved “very successful” in helping with mental-health issues. “That evolved and became a much bigger social initiative in terms of meeting the demands within the adult population and meeting the high burden of disorders such as depression and anxiety,” says Richards, who is now Silvercloud’s director of clinical research.

A quarter of adults suffer from problems that affect their mental and behavioural health, but accessing treatment can be difficult, particularly because of long waiting lists or a lack of therapists in some areas.

Silvercloud Health, which is based in Dublin, aims to address these issues by offering cognitive behavioural therapy through an online platform. “We enable healthcare organisations to deliver the digital equivalent of face-to-face therapy,” says Ken Cahill, Silvercloud’s chief executive and cofounder.

Silvercloud’s platform is used in the UK by the National Health Service, the ministry of defence and universities, and in the US by a number of large insurance companies.

Here Silvercloud works with organisations such as Aware, a national charity providing support for people with depression, St Patrick’s Hospital, Trinity College Dublin and NUI Galway. It is also in talks to work with the HSE.

Clients access using the different modules of the programme through their own home page. Keeping people engaged is important, says Richards. The programme therefore includes interactive elements, such as quizzes, before moving into psychotherapeutic content. One section includes personal stories from people with similar symptoms. The last stage involves “applying the skills or the new learning into an activity in an interactive way that they can take away with them and apply in their lives”, says Richards

Using Silvercloud’s platform makes it easier for healthcare organisations to reach more people, says Cahill, “reducing the costs and increasing access. That’s the key foundation of what we do.” Silvercloud has helped some parts of the NHS involved in treating mental health reduce their waiting lists from 90 days to eight, according to Richards.

Early intervention is important in mental health, he adds, as it reduces the chances of a patient developing a chronic problem. “We are trying to build something that could increase access and extend reach to populations who would never walk into a clinic and would never see a face-to-face therapist,” says Richards. “That has an impact on society for certain.”

The charity Aware, which supports people with depression and bipolar disorder, partnered with Silvercloud to evaluate the programme. Such was the demand to be part of the programme that more than 600 people signed up for 180 places on the controlled trial. Silvercloud then provided treatment for everyone who signed up, even if they weren’t taking part in the trial, since when almost 4,000 people have gone through the programme.

Dr Claire Hayes, Aware’s clinical director, says the programme has had huge benefits. The charity has used it to treat clients with mild to moderate depression and has seen it have a “quick impact”. “It significantly reduces depression and anxiety,” she says. Using the platform has helped Aware to reach a much greater number of people. “There is huge demand for it,” Hayes says. “We’d love to be in a position to offer it on an even bigger capacity.”