Medical Matters: When appendicitis is more than a bump in the road 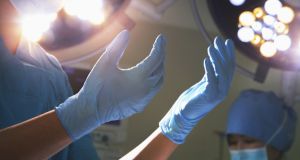 Despite advances in medical technology, acute appendicitis remains a tricky diagnosis. Not all cases show the classic findings of tenderness over the lower right side of the abdomen, accompanied by nausea and vomiting.

A test called “rebound tenderness” – in which the doctor places his or her hand over the left side of the tummy, presses down and lifts away suddenly with the patient experiencing worse pain “on the rebound” – is helpful. The doctor may also perform a rectal examination, which will reveal tenderness on the right side as their finger presses against the inflamed appendix.

A blind pouch, the appendix wins no prizes for good design. At its opening into the gut, it is very narrow and is easily blocked. This leads to an initial inflammation of the appendix (appendicitis). Pressure builds up within, bacterial infection sets in, the appendix swells up and it eventually becomes gangrenous as its blood supply is cut off.

If left untreated it then perforates, leading to peritonitis; the spread of pus and infection throughout the abdomen and pelvis.

Your humble scribe distinguished himself as a medical student by driving from Galway to Dublin with what turned out to be a perforated appendix. By journey’s end I was in severe pain and retching every few miles. There were no speed bumps on roads in those days; however, a proliferation of potholes and poor car suspension produced a similar driving experience.

I was reminded of that experience with the recent award of an Ig Nobel prize for Diagnostic Medicine for a study showing that pain while travelling over speed bumps is a sign of acute appendicitis. Dr Helen Ashdown and her colleagues from the University of Oxford and Stoke Mandeville hospital told the awards ceremony at Harvard University that among patients with suspected appendicitis, 97 per cent of those who later had the diagnosis confirmed at surgery complained of worse abdominal pain when the car or ambulance they were travelling in passed over a speed bump. Ashdown noted that while the speed-bump test was not specific, it was better at ruling out appendicitis than several established clinical features.

(The Ig Nobel awards honour achievements that make people first laugh and then think. A light-hearted alternative to the hallowed Nobel prizes, winners receive a certificate and a 10 trillion dollar Zimbabwean banknote (value €0).

One hundred and one patients were recruited into the speed-bump study. Some 61 participants were taken to theatre for presumed appendicitis, and 54 of those had their appendix removed. Acute appendicitis was confirmed histologically in 43 of these, giving a negative appendicectomy rate (when surgery is performed but the appendix is found to be normal when examined under a microscope) of 20 per cent.

Of the 64 patients in the main analysis, 54 were “speed-bump positive”. Thirty-four participants had a confirmed diagnosis of appendicitis, and 33 of those had worsened pain over speed bumps. Interestingly, some patients who were “speed-bump positive” but did not have appendicitis had other important abdominal diagnoses, such as a ruptured ovarian cyst, diverticulitis, or pelvic inflammatory disease.

It seems the worsening of pain when travelling over speed bumps in appendicitis and other conditions may occur because the movement involved irritates the peritoneum (the lining of the abdominal cavity).

Surprisingly, a positive speed-bump sign was more accurate than the classic pain pattern in appendicitis, where pain starts around the umbilicus and migrates to the lower right abdomen. It also overshadowed the rebound test and the presence of nausea and vomiting in predictive value.

But whether it would have modified the behaviour of a stubborn medical student is, almost certainly, a moot point. mhouston@irishtimes.com muirishouston.com