Is casual sex good for your mental health? 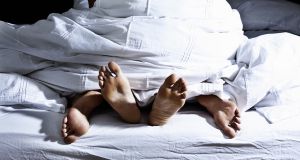 A Canadian study found that high-quality sex rarely led to regret after “hook-ups”.

Casual sex, hook-ups or one-night stands: whatever you call it, more than half of us will have sex with someone we barely know or don’t expect to date in the future.

We’re most likely to do this at university, where up to 80 per cent of undergraduates have hook-ups . Sex within relationships is said to improve cardiovascular health, reduce depression and boost immunity, but social science research has often linked casual encounters to feelings of sexual regret, low self-esteem and psychological distress, especially among women.

Studies show that while men regret the sexual opportunities they missed, women often regret some of the casual sex they did have.

A Canadian study of 138 female and 62 male students who had casual sex found that men selected physical reasons for regret – such as their partner being insufficiently attractive.

Women’s regrets focused on shame and self-blame. But the evidence as to whether casual sex, when done with protection against sexually transmitted diseases, is actually bad for anyone is unclear.

The studies are overwhelmingly on heterosexual American university students and have varying definitions of hook-ups – from knowing someone for less than 24 hours, to sex in a “friends with benefits” relationship.

Some show both men and women feel depressed, used and lonely after hook-ups; others find casual sex promotes more positive emotions than negative ones.

Some factors are associated with an increased risk of feeling bad afterwards – these include having sex with someone you have known for less than 24 hours, drinking heavily or taking drugs beforehand, feeling you ought to rather than you want to, and hoping for a relationship afterwards.

She points out in a TEDx talk that a study of 20,000 college students found that only 42 per cent of women, compared with 78 per cent of men, had an orgasm in their last hook-up.

This “pleasure gap” may partly explain the difference between men and women’s feelings about casual sex. But however pro-casual sex she is, Vrangalova warns that you shouldn’t hook-up if you care about seeing them again.

Casual sex is not, she says, like doing the laundry.

How will the Covid-19 era affect our youngest citizens?
5