‘If video gaming is a disease, what’s next: excessive sunbathing?’ 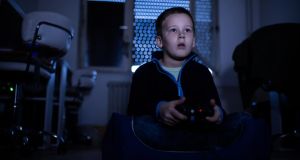 The Select Committee on Crime, Lawlessness and Vandalism has said there is an urgent need to prohibit the supply of video nasties, which have a damaging and corrupting influence on society.

There is no Select Committee on Crime, Lawlessness and Vandalism any more, of course; that line comes from The Irish Times in April 1986. But, three decades on, we’re still panicking about the influence of video nasties.

Last week the World Health Organisation made headlines when it classified gaming disorder as a medical diagnosis and added it to the International Classification of Diseases, alongside alcoholism, drug addiction and gambling.

I am the parent of a 10-year-old boy, with whom a sizeable proportion of my interactions involve negotiations about how much time he can spend on his Wii U. So it’s tempting to write this off as just another pathologisation of normal behaviour, a manifestation of the moral panic that greets every new technology.

According to the WHO, gaming disorder is characterised by “impaired control over gaming” and “increasing priority given to gaming to the extent that gaming takes precedence over other life interests and daily activities”. So far, so typical of your average 10-year-old boy.

Where it gets problematic, the WHO says, is when it has been going on for 12 months or more and has resulted in “significant impairment in personal, family, social, educational, occupational or other important areas of functioning”.

The American Psychological Association agrees that video games are potentially harmful. In 2015 it published a report on the “consistent relation between violent video game use and increases in aggressive behaviour” and decreases in “empathy and sensitivity to aggression”.

But although technology is frequently compulsive – and is designed to be – gaming is actually addictive only in rare cases. According to an analysis published in the American Journal of Psychiatry in 2016, more than two-thirds of gamers report no symptoms of internet gaming disorder. Only between 0.3 per cent and 1 per cent of us might qualify for an acute diagnosis.

“I think it is dangerous to say people are addicted to technology,” says Dr Eoin Whelan of NUI Galway, who has studied our relationship with technology extensively. “Excessive use of video games is a problem but not an addiction. When we label video games or smartphones as an addiction, that conveniently bypasses our own personal responsibility. Game designers certainly do design their games to make them ‘addictive’, but my own research, and that of other academics, has found that lack of self-control is a primary reason why many people have a problematic relationship with technology.”

“In mental-health settings you see a lot of issues with young adults who are spending all their time alone, excessively on screens, and have withdrawn from life, are not making friends and not participating in activities. They may have other issues as well at a clinical level, like anxiety and depression,” says John Sharry, the Irish Times parenting columnist and founder of the charity Parents Plus.

But those are the extreme cases. For the average child “it depends on the context. Parents are worried about this, and they’re right to be thinking about it, but if young people are still studying, going out and making friends, and still have passions and interests,” then it’s not an addiction, he says.

“A child who is still doing all of those things is very different from teenagers who can’t make friends or are socially anxious because they’re excessively checking Snapchat or spending all their time alone, gaming.”

Classifying gaming disorder as a disease might generate headlines, but it won’t contribute to solving our problematic uses of technology

Sharry’s advice to parents is not to panic about the WHO classification but to promote positive habits and not be afraid to set some rules. “Good parenting is about setting limits. People tend to underset rules. They sort of drift into them, and then there’s an explosion.”

It’s better, he says, to sit down and encourage the young person to self-regulate. “Teens expect that from their parents. Children are neglected, and they feel neglected when their parents don’t set rules.”

He says: “Some people are more susceptible to maladaptive uses of technology than others. Research is just beginning to uncover what differentiates these people and what interventions will work best. Classifying gaming disorder as a disease might generate headlines, but it won’t contribute to solving our problematic uses of technology.”