‘I am still Charlie Fell, alive and kicking against all odds’

There are no early-detection methods for pancreatic cancer, with survival time usually measured in months 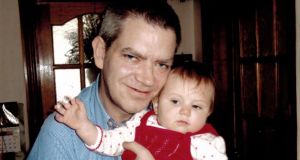 The terror of death has been my constant companion since the summer of 2013. In March of that year, I was diagnosed with cancer of the pancreas, which is the deadliest of all major cancers. For the majority of its victims, the time between diagnosis and death is typically measured in months, rather than years, while only a handful of patients survive beyond five years.

It is hardly surprising then that the late actor Patrick Swayze told his wife upon being diagnosed with pancreatic cancer, “I’m a dead man”.

But back to 2013 and me. I had high hopes at the start of the year, albeit professionally, as I scheduled to spend much of the summer lecturing in Hong Kong and Singapore. Unfortunately, the positive outlook was gradually erased as I began to suffer, one by one, from pancreatic cancer’s classic symptom triad: abdominal pain, weight loss and jaundice.

The symptoms first surfaced in mid- March, and started to progress gradually, and although they did not appear to be of a magnitude that posed a substantial threat to my health, I assumed incorrectly that they would disappear over time and, in typical male fashion, ignored pressure from my wife, Ann, to go and see my GP. In my mind, being self-employed meant I had to consider the impact of ill-health on business income: pounds and pence came first.

Four weeks later, and profits were the least of my worries. I was not only extremely jaundiced, but serious infection had triggered a life-threatening bout of sepsis. Ann rushed me to my GP, who told her I needed to be hospitalised immediately. Ten minutes down the road and I was admitted to St Vincent’s University Hospital, where the emergency team fought hard to keep me alive.

Fortunately, I did survive the next 24 hours, and recovered slowly as the days passed. However, I spent much of the time in a confused state, so it came as a shock when a consultant – not my usual doctor – arrived with his team of junior and student doctors early one morning and announced quite indifferently that there was a tumour in the head of my pancreas.

A brief discussion ensued. Was the lesion cancerous? I queried, to which he replied, “Probably”. I followed the first question with, “Am I likely to die?” and once again he answered, “Probably”.

Just two questions and the conversation ended. I was overwhelmed by what I had just heard. I was simply not strong enough to fight a life-threatening infection and face the dread of no longer being simultaneously. My brain fixated on one thought: I was going to die there and then.

At the beginning of May, a biopsy was performed, and a week later my surgeon, Mr Donal Maguire, confirmed that I had cancer of the pancreas. To learn that I was a cancer patient was truly frightening, and uncontrollable tears ran down my face for what seemed like a lifetime.

My spirits were lifted when Maguire said there was hope because he would still be able to perform a potentially curative procedure, the only hope for long-term survival. This was excellent news. It seemed the original consultant was “probably” wrong that I would “probably” die; it seemed to me I would “probably” live.

The operation took place on May 17th, which is my mother, Gemma’s birthday, and surely nothing could possibly go wrong on that date. My faith was well placed, as the eight-hour operation was a success; the tumour had been removed completely, and visual inspection suggested the cancer had not spread.

I finally woke up in the high-dependency unit to the smiling faces of Ann, Gemma, and my brother, John. When I got the good news, I could not contain my delight and broke into song. Inspired by the Canadian astronaut Chris Hadfield, I began to sing his in-orbit version of David Bowie’s Space Oddity.

My family looked on as if I had lost my sanity, and I wondered if I was experiencing a higher high than Bowie when he composed the song in 1969. My musical efforts did not last long, though, and I sank back into a deep sleep to the touch of Ann’s lips on my forehead and the sound of John’s laughter mixed in with my mother’s happy tears.

I was discharged from hospital just in time for the most glorious summer in years. I looked forward to gentle strolls along Killiney beach and coffee in Dalkey village with family and friends.

Two weeks later, Ann and I met my oncologist, Dr Ray McDermott, in his office at St Vincent’s hospital.

The purpose of the meeting was for him to explain the next phase of my treatment: six months of post-operative chemotherapy. The point of the meeting for me was somewhat different, in that I wished to discuss my chances of survival.

I was confident going into the meeting that my “cancer nightmare” was either over or certainly close to an end. He confirmed that my surgery was a complete success, and my most recent CT scan showed no sign of cancer whatsoever. Post-op chemo seemed like an insurance policy, and once I agreed to have the treatment, I could put my days as a cancer patient behind me.

My simple analysis seemed reasonable to me, but McDermott did not concur with my conclusions. When I questioned him, it was clear from the outset that my chances of survival was a topic he did not wish to discuss. Eventually I put it to him straight, and asked “What are my chances?” He said, reluctantly, “The odds are with the cancer”.

I could not believe what the doctor had just said; I froze and did not hear a single word that was spoken during the rest of the meeting. Ann listened intently to the post-op details, but I was distracted and in a hurry to get home and find information on the internet that would contradict my oncologist’s gloomy outlook.

McDermott’s opinion was based on years of experience and historical evidence. Thus, I was sadly deluded to think that reliable websites would disagree with the odds provided by my oncologist. As it turned out, I could not find a single fact – not one – that gave me reason to believe I could plan for the future. The odds were in favour of the disease by a substantial margin; the illness that a 19th-century surgeon once described as “the emperor of all maladies, the king of terrors” was a death sentence back then and is still a death sentence more than 100 years later.

I retreated to bed for a number of days, as my obsession with impending death and the resulting anxiety became intolerable during daylight hours. I disconnected from the world, and fear of a prolonged depression turned my life upside down. I sat up all night every night and watched low-quality TV in an effort to avoid the nightmares that were virtually certain to plague me.

Day after day the same dreams haunted me, and I appeared enslaved by insufferable images. I sat upright in bed, half awake and half asleep, and I caught a glimpse of my face in the mirror; one half was fully alive and the other was in the process of dying. The dreams were so vivid it appeared the angel of death was on the horizon.

My strategy – built on an intense desire to avoid the reality of my own mortality – appeared to work at first, as my daytime naps removed the terror of death during those hours. My efforts to block out the most unimaginable emotional pain continued to prove successful, until my unconscious mind decided it was time to face reality.

The hiding was over and it was time for positive action. I remembered the words of Tim Robbins in The Shawshank Redemption: “I guess it comes down to a simple choice, really: Get busy living or get busy dying.”

I chose the former and contacted the Bray Cancer Support Centre. Counselling helped me through this difficult period, as it allowed me to share my awful new reality with a “real” cancer survivor. Further, my family, close friends, and work colleagues made every effort to keep my spirits high and take me out for brunch or coffee regularly. I was touched by the friendship, and particularly the ability of some to listen and talk openly about my predicament.

My fate was sealed: I was now a terminal patient with a life expectancy of just 18 to 24 months. I refused to allow the cancer to dictate my mood like before. I remained terrified of death and nowhere near ready to die. I may be a coward, but at least I’m an honest one.

It is now two years since my nightmare began, and I have come to accept that I will live with cancer for the rest of my life. After all, I have stage four cancer and there is no stage five. I have learned to live my life as normally as possible in three-month intervals between scans, with short periods of extreme stress as I wait for scan results.

I am above ground and shouting loudly about pancreatic cancer and asking you for help to shine a spotlight on it. I want to see a vast improvement in survival rates. And while my life has been thrown into dark turmoil, I am still Charlie Fell, alive and kicking against all odds.

Charlie Fell is an academic and journalist, and the Serious Money columnist of The Irish Times