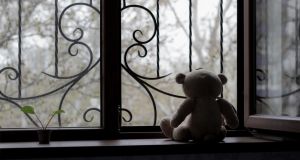 “I’ve had to dig deep to have understanding for perpetrators. But the Phoenix programme is about a systemic approach to preventing child sex abuse.” Photograph: Getty Images/iStockphoto

Most people who sexually abuse a child will never see the inside of a Garda interviewing room, let alone a jail cell.

Only 4 per cent of allegations lead to a conviction, but some of the child sex abusers living in our families and communities have been caught and are attending therapy. What does this involve? Why would a therapist choose to work with people who have caused such harm to a child? And are we rewarding sex abusers and pushing their victims to one side?

Eileen Finnegan is clinical director of One in Four, a therapy and advocacy service for adult survivors of child sex abuse. She is also manager of Phoenix, a treatment programme for sex offenders.

“I’ve had to dig deep to have understanding for perpetrators,” she says. “But the Phoenix programme is about a systemic approach to preventing child sex abuse. If an offender is facing me, they have their back to children and, [if the offender has] good supervision and community support, I can see children playing free.”

Outside of the Phoenix programme, the Northside Inter-Agency Project works with teenagers who sexually abuse younger children, while a number of private psychologists offer treatments that have been proven to lower the risk of reoffending. In all cases, they are seeking to manage risk and will inform Tusla and the Garda about their clients.

Offenders tend to be people who have had difficulties around puberty, sex and forming appropriate relationships. They are often marginalised, emasculated, lonely and isolated. Pornography, combined with poor sex education in schools, is a growing factor – especially where the abuser is a teenager or young man. Very few child sex abusers are paedophiles in the sense of being exclusively attracted to pre-pubescent children; most abuse for power and control.

Last month, Taoiseach Enda Kenny called for a national conversation on how pornography is affecting young people. A growing number of child sex offenders are teenage boys or young men who have been exposed to pornography but have had few, or no, relationships and little sex education. These young men have free access to pornography and may eventually find themselves looking at child sexual abuse material (many people call this “child pornography”, but therapists prefer to call it what it is).

Getting behind what has caused someone – usually a male – to offend is crucial. In at least 80 per cent of cases, the abuser knows their victim. Most often the abuser is a family member. Between a quarter and a third of abuse is carried out by a teenager against their younger sibling, cousin or neighbour.

Managing risk ideally means involving the abuser’s family and getting them to monitor the abuser’s behaviour. “This is a huge ask for families, especially as we are asking them to do this when a train has just crashed through their lives,” Finnegan acknowledges.

Abusers stay in therapy for a number of years. Offenders on the Phoenix programme can expect to engage in individual and group therapy for at least four or five years; young offenders on NIAP’s programme will do so for at least two. Different organisations may use slightly varied approaches, but psychotherapy and cognitive behavioural therapy generally have the best results, therapists say.

In all cases, offenders will be challenged to explore what led them to abuse in the first place. Then, they are helped to understand how much they have harmed their victim and to understand the risk factors that might cause them to reoffend.

In Ireland, the probation service runs a programme called Circles of Support and Accountability in which volunteers monitor convicted offenders in their community and report concerns to the authorities. Studies have shown it can reduce reoffending by up to 70 per cent.

“Once somebody offends, they will always have the potential to do it again,” says Finnegan. “It’s not punitive, but if they want to re-engage in society, they have to accept that they will be monitored forever and that life will never be the same for them again.”

Survivors of child abuse have expressed understandable concern that resources may be spent on treating child sex offenders while services for victims are grossly underfunded. In the past four years, four people have taken their own lives while on One in Four’s waiting list. This is a preventable tragedy which could be solved by adequate funding, the organisation says.

It shouldn’t be an either/or choice: We need to support victims by making therapy more widely available at the same time as we work to prevent future victims by working with abusers and potential abusers.

Keith O’Reilly, director of St Clare’s Unit which works with child victims of abuse, says that all the therapy in the world won’t help a victim if a family doesn’t acknowledge that the abuse has happened and take steps to keep them safe. St Clare’s sees about 60 children a year, all from north Dublin city and county. Here, therapists meet the children and, in an effort to get at the truth, explain that it is okay to correct an adult’s orders or version of events. The children may be interviewed on three or four occasions before a clinical judgment is formed. Therapy may follow. This will be very different for a four-year-old than for a 16-year-old.

“Children have spoken about how the relationship with the abuser led to more attention than they have ever had,” says O’Reilly. “We work this through in a therapeutic framework. They may also be worried about how their parents are coping. And where an abuser does go to prison, the child may feel responsible; we have to help them explore this feeling.”

Most cases never end up in court. Because of this, therapists are increasingly looking at restorative justice programmes, where victims can explain the impact the abuse has had on them and the abuser can accept responsibility.

If you have been affected by any of the issues raised in this article you can contact:

One in Four at oneinfour.ie

The Samaritans on freephone: 116123 or jo@samaritans.org

You can report concerns to Tusla, and learn more about how the support process works, at tusla.ie/children-first/how-do-i-report-abuse

The Department of Justice’s Office for Internet Safety is at internetsafety.ie