Researchers found team sports, cycling, aerobics and going to the gym were found to be the best forms of exercise at reducing poor mental health 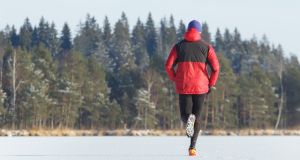 Regular exercise between three and five times a week could help improve mental health – but too much could be detrimental, a study has shown.

Researchers found those who exercised had 1.5 fewer “bad days” a month than those who did not exercise at all, with sessions of 45 minutes three to five times a week proving to be the most effective.

Team sports, cycling, aerobics and going to the gym were found to be the best forms of exercise at reducing poor mental health, but even activities such as doing housework or mowing the lawn could be beneficial, the study said. However, the experts also concluded that too much exercise could end up being worse for mental health than not exercising at all.

“Depression is the leading cause of disability worldwide, and there is an urgent need to find ways to improve mental health through population health campaigns,” said Dr Adam Chekroud, assistant professor of psychiatry at Yale University. “Exercise is associated with a lower mental health burden across people no matter their age, race, gender, household income and education level.

“Excitingly, the specifics of the regime, like the type, duration, and frequency, played an important role in this association. We are now using this to try and personalise exercise recommendations, and match people with a specific exercise regime that helps improve their mental health.”

The researchers looked at data from 1.2 million adults in the US who had completed surveys about their physical and mental health. On average, people who did no physical activity were found to have 3.4 days a month where they would rate their mental health as “not good”, reducing to two days for those who said they exercised. For those who had previously been diagnosed with depression, exercise was associated with 3.75 fewer days of poor mental health.

However, the researchers warned that more than three hours of physical activity a day was found to be worse than not doing any exercise at all. “Previously, people have believed that the more exercise you do, the better your mental health, but our study suggests that this is not the case,” said Dr Chekroud. “Doing exercise more than 23 times a month, or exercising for longer than 90 minute sessions is associated with worse mental health.”

The study, published in the Lancet Psychiatry journal, is the largest of its kind to date, but cannot confirm that exercise is the cause of improved mental health.

Previous research into the effect of exercise on mental health has conflicting results, and some studies suggest that inactivity could lead to poor mental health or be a symptom of it.