Undetectable means untransmittable: what you need to know about HIV 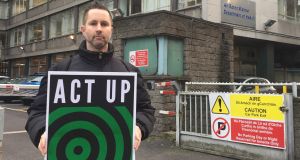 Recently, the Taoiseach Leo Varadkar attended the first HIV Ireland Red Ball and, in his speech, described HIV as “one of the most stigmatised medical conditions” in Ireland today.

“The stigma against gay people is largely lifted. The same must happen for people who are HIV positive,” he pronounced firmly.

But how do we lessen stigma that is based on fear of transmission rather than mere bigotry?

Dr Paddy Mallon, a consultant at the Mater Private Hospital in Dublin and a specialist in infectious diseases, believes the government and public health bodies need to do more. “HIV as a condition has completely changed since the last public health campaign in Ireland over a decade ago,” says Mallon, who is also director of the UCD HIV Molecular Research Group.

“It’s a chronic condition that people, by and large, manage to live normal lifespans with. And while they’re getting access to effective treatment, they’re not contributing to the ongoing epidemic, because they don’t transmit the virus. There’s a responsibility on government through public health agencies to ensure that these sorts of messages are getting out to the public, because they’re really important messages, not only to people with HIV but also to people without.”

Ninty-five per cent of people living with HIV in Ireland who take antiretroviral (ART) drugs are “virally suppressed”, a statistic the Taoiseach also referred to at the fundraiser. This means that their viral count is so low that, after several months’ treatment, HIV can no longer be detected in their bloodstream. This usually occurs within a relatively quick timeframe after starting treatment of three to six months.

The result is that there is effectively zero risk of them passing on the virus through sex, as demonstrated in a number of recent large-scale studies. But there has been scientific evidence for this as far back as 2008, when a paper was launched on the subject by the Swiss Federal Commission for HIV/AIDS.

Dr Alison Rodger is a consultant in HIV and clinical director of public health at the Royal Free Hospital in London. She was one of the lead investigators in 2016’s landmark PARTNER study, which looked at the concept of “undetectable equals untransmittable”, or U=U for short, across 14 countries in Europe. “We’ve known about this for a while,” she says. “There was a big study published in 2000, 18 years ago, which showed that the level of virus in the HIV person’s blood directly relates to the chances of passing the virus on.”

The initial PARTNER study Rodger worked on included gay men and people who had heterosexual sex, all of whom had undetectable viral loads. The results were clear: zero transmissions from HIV positive to HIV negative partners after more than 58,000 condomless sex acts.

“Following on from that, there was another study called Opposites Attract last year, which showed the same results with a smaller sample of 17,000 condomless sex acts and again no transmission,” says Rodger. “The evidence is that there is no transmission. So effectively, undetectable equals untransmittable.”

Over the past two years, the U=U science has started to pick up pace and has now been endorsed by 682 organisations across 87 countries, including CATIE - a HIV and hepatitis C information organisation in Canada, the CDC (Centers for Disease Control and Prevention) in the US as well as the UK’s National Health Service.

Here in Ireland, the HSE has even quietly added this line to its website: “When treatment is working properly, there is effectively no risk that a person with HIV can pass on HIV to another person.”

Nevertheless, many HIV positive people who are undetectable still experience overwhelming stigma from potential partners – particularly within the gay community.

Thomas Strong, (47), a lecturer at Maynooth University, was first diagnosed as HIV positive back in 2006. “It remains the case that there’s a certain kind of fearfulness and a certain kind of stigma associated with being HIV positive, especially in the LGBT community,” he says. “If you’re a HIV positive person, and you’re looking to date or you’re just sexually active, you face a huge amount of rejection if you’re open about your status. It’s pretty remarkable. People are very open about it, they’ll just tell you, ‘oh, I’m sorry, I don’t sleep with people who have HIV’. They’ll be very upfront that that’s what they’ve based their decision on. It’s happened to me many, many times.”

The message that those with who are virally suppressed by ART effectively pose no HIV risk to others is one that activists are also keen to communicate, as well as the importance of regular testing.

“When you reduce people’s fear of HIV, it encourages them to get tested,” says Andrew Leavitt, an activist with ACT UP in Dublin.

“If you’re HIV negative, seeing that there is treatment available; that getting diagnosed with HIV doesn’t mean the end of your life; it doesn’t mean you can’t have a fulfilling sex life and meaningful relationships - all of that helps in promoting testing and people availing of care if they do get diagnosed.

“If you’re a young woman living with HIV, and you wanted to become pregnant, knowing that if you’re on treatment your viral load is undetectable can assist you in making that decision,” says Mallon.

“Similarly, if you’re in what we call a HIV-discordant relationship, where someone’s positive and someone’s negative, it can have big implications for leading a more normal life.”

Both Leavitt and Mallon believe that existing HIV testing opportunities across Ireland are insufficient and that sexual health services require increased funding. They also would like to see PrEP, a drug which lowers risk of HIV transmission by an additional 82 to 85 per cent in high risk groups such as gay men, available directly through these services. PrEP is currently only available here via private prescription, with the cost prohibitive to many.

“It’s pretty straightforward from my point of view.” says Mallon. “All you have to do is look at what’s happening in places like London, New South Wales and San Francisco. They have a concept where they have increased testing and they give everyone who tests positive access to effective treatment. But then they also give people the opportunity to prevent HIV through safe sex education, use of condoms and also PrEP.

“In countries that have done that, you see a massive reduction in the HIV diagnoses. So there’s no great mystery about this - the formula is there. What they need to do in Ireland is get on and implement it and at the minute they’re just not doing that.”