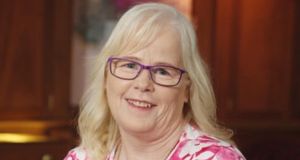 Lisa Lambe: ’My husband accompanied me to the clinic, and I think we both realised how serious it was although we were very calm throughout.’

We know that keeping active is good for the mind and body.

Lucy Lambe can certainly relate to this.

With five children, she is always on the go, but as a cancer survivor she has realised that in order to prolong her life, she needs to engage in regular exercise to ensure she gives herself the best chance of keeping a recurrence at bay.

When two of her friends were diagnosed with cancer a decade ago, the Dublin woman decided to get herself checked out and was horrified to discover that she also had cancer and would need both treatment and surgery.

“When I was 50, I decided to ring Breast Check to get an appointment for a mammogram as two of my friends had recently been diagnosed with breast cancer,” says Lambe (now 61), who is also a foster carer.

“I was asked what part of Dublin I lived in and when I said Sandyford, they told me that they had finished in that area and it would be another year before I could have the mammogram. I didn’t mind too much as I had paid privately to have one done the year before, but then I got a letter in the post informing me that I had an appointment for a mammogram the following week.

“I went along to the Breast Check and had it done and within a few days I got another appointment asking me to return for a biopsy and to bring someone with me.”

The fact that Lambe received an appointment when she was told there was none available for a year was incredibly fortunate as results showed she had a very aggressive form of cancer and would need treatment immediately. “My husband accompanied me to the clinic, and I think we both realised how serious it was although we were very calm throughout,” she says. “The following week I received another appointment to see a consultant to discuss the biopsy results and he informed me that I had cancer in my left breast and would need a mastectomy immediately, which was really shocking news.”

Although reeling from the diagnosis, Lambe was determined to remain focused on the future as she prepared for surgery and a gruelling programme of treatment. “I received the news in December, so the surgery was planned for January and although I was shocked, I kept positive,” she says. “I had the mastectomy and my lymph nodes removed as the cancer was in 13 of the 31 nodes. Then, 10 days after the operation, I got some results back which showed that I had a very high risk, ER positive, HER2 negative breast cancer. I was told then that I would need six sessions of chemotherapy, once every three weeks, and then a six-week course of radiotherapy in St Luke’s Hospital.

“After my first chemotherapy session I was quite sick, and my hair started to fall out exactly two weeks after that initial session. I did buy a wig although I hated wearing it, but I coped quite well throughout the whole programme and always tried to remain positive. I always maintained that I wanted reconstruction as I really hated having only one breast and this was carried out about 18 months after the surgery. I was very happy with the finished result and throughout the whole ordeal my husband was my rock and stayed with me at all times - and I also had great support from my family of six sisters and five brothers.”

Getting back into shape

During her illness and treatment, Lambe wasn’t as mobile as she had been in the past and decided to try and get back into shape. But although she was back on her feet and looking to the future, fate delivered a cruel blow which almost threw her off course. However, for the sake of her children, she persevered in her goal to become as healthy as possible.

“After putting on weight I decided to try parkrun and I headed to Marlay Park one Saturday morning,” says the Dublin woman. “I really enjoyed it and returned for quite a few weeks after.

“But then in November, 2015, my husband died suddenly, and my life was turned upside down. I was devastated, but I had a family to look after, including a three-year-old boy and this is what got me out of bed every morning.”

The sudden death of a loved one is so painful for anyone to bear, but with a young family to take care of, Lambe decided to introduce the children to the same thing which helped her recover from cancer - she got them into running.

“I decided to get involved in junior parkrun and in December 2017 we began the one in Deerpark which is 2km long and for children between the ages of four to 14,” she says. “You can walk, jog or run at these events and you don’t have to be fast, but you get to meet so many people and usually meet up for coffee afterwards as it is all about inclusiveness and wellbeing.

“It is such a big part of my life now as every Saturday morning I decide which one to do that weekend. And every Sunday I volunteer at the Deerpark junior run while my seven-year-old is participating. Since I started, I have done over 100 parkruns with my family and friends and have volunteered at them over 200 times. I have even run at one in New Zealand where my daughter lives.

“Exercise is really important for both physical and mental health so my advice to anyone out there who is going through cancer or even if they are just feeling alone would be to find the nearest parkrun and go along for the company, the friendship and some essential down time - it will make you feel so good.”

There approximately 35,441 cases invasive cancers (including non-melanoma skin cancer) diagnosed each year in Ireland with prostate, breast, bowel, lung and skin cancer being the most common types.

Dr Desmond Hickey, specialist registrar in public health medicine, says while most people are aware that smoking causes cancer, many might not know that being overweight and not doing enough exercise is quickly becoming the second biggest cause of cancer.

“There is strong evidence that regular exercise, like taking part in parkrun, may reduce your risk of seven common cancers including breast, colon (bowel), endometrial (womb), kidney, bladder, oesophageal (food-pipe) cancers,” he says. “In addition to being active, people should aim to reduce the amount of time spent sitting.”

People living with and beyond cancer are recommended to build up to 30 minutes of aerobic exercise, such as running or walking, at least three times per week and to do exercises with weights twice per week.

Dr Hickey says the benefits for overall health are well documented and can greatly improve standard of living. “More people are living with and beyond cancer than ever before in part due to earlier detection and better treatments for several cancers,” he says.

“Exercise has many beneficial effects for people living with and beyond cancer and there is strong evidence that aerobic exercise, such as walking or running can support you by reducing anxiety, reducing symptoms of depression, cutting down cancer related fatigue, improving quality of life and improving your overall physical abilities.”

Reduce your risk of cancer

World Cancer Research funds recommendations, which work together as an overall way of living healthily to prevent cancer, include:

– Be a healthy weight

– Eat a diet rich in wholegrains, vegetables, fruit and beans

– Limit consumption of “fast foods” and other processed food high in fat, starches or sugars

– Do not use supplements for cancer prevention

– For mothers: breastfeed your baby, if you can