I’ve decided not to eat for two hours before bed. It’s working

My weight-loss journey: Acknowledging an old habit has helped me return to my new healthy normal 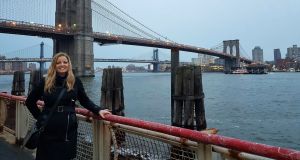 Rachel Flaherty: My sleep and energy levels have improved since easing off on the calories before bed

What harm can eating a few late snacks really do? In recent weeks I’ve found out. I had been mindlessly nurturing a small habit of mine without considering the impact on my health and motivation to reach my weight loss and fitness goals.

Living in blissful ignorance, I had convinced myself I only ate late the odd evening. But then I began to notice there were times I didn’t even remember what I’d consumed while watching TV, reading or talking.

But it didn’t seem like a big problem in comparison to my previous unhealthy food and fitness habits that lead to me gaining 5st 6lb (34.5kg). I felt no “food guilt” for my night-time nibbles, but when I decided to stop the habit I was surprised how attached to it I was. And what surprised me even more was the knock-on effect these snacks were having on my motivation, sleep, mood and energy the next day.

Eating late has been a long time foe and friend for me over recent years. When I was gaining weight I felt trapped in an exhausting cycle of restrictive fad diets, feeling deprived, giving in and resigning myself to temporary “failure” then binge-eating until my stomach hurt while promising to start fresh tomorrow.

I clung to my all-or-nothing approach, adamant that the next day, or the next Monday, I would have enough willpower to do it all perfectly. I’d promise myself I would embrace an even more restrictive diet and punishing exercise regime than before, so it was ok to eat all the foods banned on whatever diet I was on, and even the forbidden foods I didn’t like the taste of. It was illogical, embarrassing and frustrating.

I was happy and felt a sense of achievement in other parts of my life but I needed to admit this silently tormented me and made me deeply unhappy. Two years ago I realised I needed to be kinder to my body and mind, and allow myself time to replace those habits. My mindset became my focus and physical changes followed in time.

It took small steps and persistence, but it worked. A sense of peace returned before I’d lost much weight, shame faded and I started to treat my body with the respect it deserved. I lost 3st (19kg) and then almost 1st (6kg) this year, it has been great to give myself a break from the internal harsh criticism.

In the past two months when I was in touching distance of reaching my 4st (25.5kg) weight-loss goal, I started self-sabotaging behaviours and took a detour. Since acknowledging my destructive behaviours, I’ve been slowly returning to my new normal, “new healthier” behaviours. Motivation, though, hasn’t come bounding back; it ebbs and flows.

I decided one day to write down and track in my journal what I’d eaten the days before. I could see my fondness for night-time snacks was growing. I needed to ask myself why was I nibbling away at food in the evening when I wasn’t hungry? Was food becoming a treat again?

The answer was that I was doing it as a way to relax. On late shifts it was a way to take a break; at home I was eating almost mindlessly as a way to unwind or to procrastinate about other jobs on my “to do” list.

The habit was becoming more embedded into my routine. I was waking up groggy.

I had linked my late-night snacks to relaxing and I told myself it didn’t matter much because some experts say it’s the overall calories for the day that matter, not what time you eat them. And I like to listen to the experts I agree with.

I wasn’t eating large amounts, but I was reaching more and more for the higher-calorie foods, and I wasn’t hungry, more peckish.

It wasn’t having a dramatic impact but my quality of sleep was suffering and my energy levels were not what they used to be. The habit was becoming more embedded into my routine. I was waking up groggy.

Breakfast is usually my favourite meal of the day but I was no longer hungry to eat first thing in the morning, which shifted all my eating times to later. I was leaning more and more towards caffeinated drinks and sugary foods. The journal showed I was eating lower volumes of food but with higher calories and less nutrients.

So a few days ago I decided to return to making an effort to not eat two hours before going to sleep to see what difference it would make. Even after the first night, and I had less sleep than normal, there was a small but noticeable difference in feeling generally better.

A week in I’m still tempted to go looking for snacks every night but I’m reminding myself that unless I’m hungry, no snacks. I’m waking up fresher and more alert, hungry for breakfast and sugary treats are getting easier to resist. It hasn’t been the hardest habit to change but I misjudged the difference it makes to my general wellbeing and motivation.

There are studies to show both sides: that late-night eating causes weight gain and that it makes no difference. A study in the journal Cell Metabolism found that mice restricted to daytime eating of high-fat foods did not get obese, as opposed to mice who were allowed to graze all night who did gain weight.

But there is another study published in Science Daily that shows eating at night is no more likely to promote weight gain than eating during the day. The research was carried out on rhesus monkeys and within the “normal” ration of calories for the day.

The key does seem to be eating within the overall normal amount of calories regardless of time but, for me, it became more difficult to discern as the weeks passed between cravings and genuine hunger. My sleep and energy levels have improved since easing off on the calories before bed.

I can’t be accurate about how much it contributed to my weight gain but since returning to stopping eating two hours before bed, I’m feeling better and more energetic the next day and so for me, it's worth it.