We tend to overestimate the true effectiveness of medical procedures 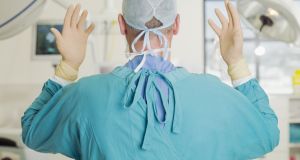 The word placebo comes from the Latin meaning “I shall please”. The first words of a prayer for the dead are “placebo Domino” (I shall please the Lord). By the early 19th century, placebo had acquired a medical meaning as something “given more to please than benefit the patient”.

Traditionally this meant giving the patient a sugar tablet or an injection of water, but without telling them the treatment was inactive. Although it may help the patient, the doctor was still engaging in subterfuge. However, I would have never considered “surgery, the ultimate placebo”, until I read a book recently with precisely this title.

Its author Ian Harris is an an orthopaedic surgeon in Sydney, Australia. He is also an academic with a research interest in the outcomes of surgery. It probably says more about me than Dr Harris that I struggle with the concept of surgery as a placebo, but placebos have long moved beyond dummy pills, filled with an inert substance. Placebo experts at Harvard University, Ted Kaptchuk and Franklin Miller, say it is probably more accurate to speak of placebo effects.

I am a firm believer in the concept of the doctor as placebo. Some years ago an especially elegant piece of research found that patients with irritable bowel disease, who experienced an extended and deeper consultation, had a greater improvement in symptoms than those offered routine care.

There is growing evidence that patients respond better to both real and placebo treatments if they are associated with a good doctor-patient relationship that deepens the consultation experience for both parties.

Similarly, placebo treatment has been defined as “treatment whose benefit [in the opinion of the clinician] derives from positive patient expectations and not from the physiological mechanism of the treatment itself”.

“That difference, which we will call the placebo effect, is the reason why we tend to overestimate the true effectiveness of surgery.”

In a chapter titled Today’s Placebo Surgeries, Harris has a rather alarming list of operations – performed today – that do not have the backing of high-quality evidence that compares them to non-operative treatments. Perhaps surprisingly, they include coronary artery stenting and Caesarean sections. But his first target is closer to home: back fusion surgery.

Spinal fusion – getting two vertebrae to heal together – is most commonly performed to relieve back pain caused by “wear and tear” of the joints. Golfer Tiger Woods, who came back to win a major tournament this year after several back surgeries, might not agree with Harris’s assertion that there is evidence from a number of trials that spinal fusion surgery “might achieve its results through the placebo effect”.

“Spine surgery is not just a sugar pill; it is a much more elaborate procedure than that, and it is much more dangerous,” he says. If that is indeed the case, then I would argue that surgical placebos do not meet the standard of harmless prescribing. Therefore surgery, in my view, is anything but the ultimate placebo.

I am grateful to Mr John Mangan, consultant orthopaedic surgeon at the Galway Clinic, for bringing the book to my attention.

Next Thursday afternoon, August 29th, the Royal College of Physicians in Ireland are hosting an innovative public engagement event on overweight/obesity. If you would like to attend, free registration is available at rcpi.ie.

Start them stirring, knife skills at four: how to teach kids to cook
Real news has value SUBSCRIBE