Does exercise help or hinder the body’s ability to fight off infections?

More is not necessarily better. And the location of the exercise could matter, too 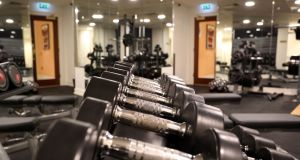 If you have not been exercising, now might not be the ideal moment to start an extremely ambitious and tiring new workout routine. Photograph: Crispin Rodwell

Does exercise help or hinder our bodies’ ability to fight off infections? In the context of the novel coronavirus outbreak, that question has gained urgency and also, thanks to recent research, emergent answers. The latest science suggests that being fit boosts our immune systems, and that even a single workout can amplify and improve our ability to fight off germs.

But some studies also indicate that the types and amount of exercise may influence how exercise affects our immune responses. More is not necessarily better. And the location of the exercise could matter, too; cue recent findings about the germiness of gyms.

What follows is an overview of the state of today’s science about how and why exercise interacts with our immune systems and whether we should plan to remain active, even as the incidence of new virus cases continues to grow.

Many of us who exercise have heard from well-meaning friends, spouses or parents that strenuous exercise will tamp down our immune systems, opening us to pathogens and illness. That notion gained credence in the late 1980s, the result of studies showing that “marathon running increased the incidence of infection symptoms among runners in the days and weeks after the race,” said John Campbell, a professor of health science at the University of Bath and co-author of an influential 2018 review of exercise and immunity.

But those studies subsequently turned out to have relied too heavily on self-diagnoses from the runners about their sniffles. In experiments using laboratory testing of marathoners after races, few proved to have actual respiratory infections. Instead, most had developed airway irritations or other noninfectious conditions.

Follow-up studies then established that marathon runners and other competitive endurance athletes tended, in fact, to report few annual sick days, indicating their immune systems were not over-burdened by exercise but bolstered. Since then, a wealth of research in both people and animals reinforced that idea. A series of 2005 experiments with mice, for instance, showed that if rodents jogged gently for about 30 minutes a day for several weeks, they were much more likely to survive a virulent form of rodent influenza than untrained animals.

At the same time, though, some research hinted that one strenuous workout might temporarily diminish our immune responses soon afterward, putting us at heightened risk for an opportunistic infection after the workout. This possibility was known as the “open window” theory and relied on experiments in animals and people showing that immune cells flooded our bloodstreams immediately after a hard workout and then abruptly disappeared, presumably dying as a result of the exercise stress. This disappearance seemed to leave us with lowered levels of the cells that recognise and fight pathogenic intruders, offering germs an open window for incursions.

But, once again, subsequent, sophisticated experiments offered a different explanation. In remarkable experiments with rodents, scientists marked some of their immune cells with phosphorescent dye and had them run to exhaustion.

Afterward, the scientists noted that the levels of glowing cells in their bloodstreams spiked and then plummeted, as expected. But they also found that few of those cells had died; instead they had travelled to the animals’ lungs, guts and other parts of their bodies potentially most vulnerable to germ invasions during exercise. After a few hours of sentinel duty, most cells returned to the bloodstream, stabilising immune cells levels there and suggesting that their immune vigilance had refocused but not declined.

Similarly, in a study published last year, fit, exercise-trained mice that were injected with germs immediately after a strenuous run fought off the infection better than sedentary animals, in large part, additional molecular analysis showed, because their immune cells homed in on and clustered around the pathogens, while those same cells were more diffusely scattered in the tissues of the inactive animals.

Taken as a whole, this research about exercise and our immune systems tells us that “there is no or limited reliable evidence for exercise directly increasing the chance of developing any kind of viral infection,” said James Turner, co-author of the 2018 review about exercise and immunity and also a professor of health science at the University of Bath. “So, it is safe to exercise, despite concerns about coronavirus,” he concludes.

Exercise, in fact, will probably lessen the risk of an infection, he said.

There are caveats, though. If you have not been exercising, now might not be the ideal moment to start an extremely ambitious and tiring new workout routine. In the 2005 studies with mice and influenza, a separate group of animals that ran strenuously for weeks developed somewhat more severe and longer-lasting symptoms than the mice that ran moderately before their infections, although the differences were slight.

And do not ignore basic hygiene and common sense. Wash your hands often before and after exercise; shorten or skip workouts if you feel unwell; avoid training partners who are sniffling or coughing; and rub a sanitising wipe over gym equipment before use. A study last year identified lingering, infectious germs on about a third of the surfaces at 16 different fitness facilities. – The New York Times