Those ‘classic Americans’ had it right: everyone should try therapy at least once 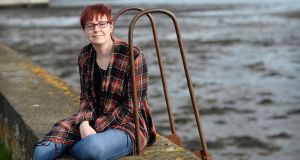 Rachel O’Neill: ‘What’s often left unsaid when people tell you that you should go to therapy is that not all therapists are created equal.’ Photograph: Dara Mac Dónaill/ The Irish Times

There are a few beliefs that I hold dear. They range in importance from mushrooms being disgusting to never being afraid to say no. However, my most fundamental belief is that everyone should go to therapy at least once.

We’ve come a long way in our attitude to therapy in Ireland in the last 30 years. There was a time when we cast our eyes across the Atlantic Ocean and looked at Beverly Hills where it seemed everyone and their mother had a therapist. We rolled our eyes and said: “Classic Americans and their feelings. What would you be talking about with a therapist?”

It turns out they had the right idea all along.

The reality is that our conversation around mental health and mental illness has gone beyond awareness and reduction of stigma. We are now facing an increase in demand for services that at worst aren’t there or at best aren’t able to cope. There are too many barriers to access such as cost, location of services and lack of staff.

I’ve been in and out of therapy for the last six years, which makes me one of the lucky ones in the sense that I can afford to go private and pay for my therapy. At €60 a session “lucky” isn’t the word that comes to mind, but then again, I’m not sure where I’d be without it. That being said, it hasn’t been easy to find a therapist that understands the way my mind works.

The search itself is often based on recommendations from friends, family or whatever you can find online

What’s often left unsaid when people tell you that you should go to therapy is that not all therapists are created equal. You don’t know how well you’re going to get on with your therapist until you’re sitting opposite them and even then it might take several sessions before you realise that something’s wrong. If you get on and work well then great but if you don’t, then it’s back to the search.

The search itself is often based on recommendations from friends, family or whatever you can find online. It’s like trying to find a romantic partner except more expensive and with greater implications for your mental wellbeing. And there’s no chance of your therapist paying for dinner or even a pint.

I’ve often wondered if some new start-up could disrupt the market by creating a Tinder for Therapists. Therapists could list what they specialise in, their attributes and a little bit about themselves and make it easier for potential patients to assess them. Having said that, the idea of drunk-swiping on Therapy Tinder (or Thrinder as I’m calling it) sends a shiver down my spine that only the fear on Monday morning after a festival can equal.

I’m currently on my third therapist, who I’ve been seeing for nearly two years. Without a doubt, she’s the best therapist that I’ve had. I found her by chance on the recommendation of a friend from home and, since finding her, I’ve made real progress with my anxiety and depression. That’s not to say that the previous four years of therapy were useless, far from it. But sometimes there is only so far a therapist can take you.

For example, my second therapist became completely fixated on my mother’s terminal cancer diagnosis. That’s despite the fact that my anxiety had been manifesting since the age of four, long before that diagnosis. Every session suddenly became about managing the anxiety around that specific event rather than trying to address the cause of it. I was getting nowhere.

I eventually ended ties with that therapist after finding that their approach wasn’t working for me. This had mixed results in that I did eventually go on medication but I stayed away from therapy for almost a year and regressed a lot. It was only by sheer chance that I found someone who has been able to help me in combination with medication, exercise and a balanced diet.

I couldn’t have known that I would gel so well with my current therapist when I booked an appointment with her. It was a total shot in the dark. And so it frustrates me greatly when people flippantly say “Go to therapy!” as if finding a therapist is as easy as finding a nice pair of jeans. Yes, both need to fit you, but you can return a faulty pair of jeans and get a refund. The same does not apply to therapy.

However, when all is said and done, therapy is still a process and a long one at that. After six years, I can say that I’ve made a lot of progress from the anxious 20-year-old who could barely make a decision, let alone get out of bed.

Then again, I am one of the lucky ones.