Dear reader, your ‘acidity and flatulence’ explain your ‘noises’ 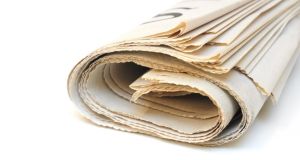 There have been many medical advice columns throughout this paper’s history, though in the 19th century much of the “advice” came from the pedlars and purveyors of pills, potions, lotions and contraptions which claimed to cure every ill and ailment.

The new millennium, however, introduced a new column to the paper: “Health Hints by Medico” explained conditions and diseases, wrote on health matters – as varied as how to sea-bathe and the dangers of mountain climbing – and answered questions from corresponding readers.

Here’s a sample of Medico’s advice to correspondents during the first few years of the 20th century, giving just a hint of what was concerning readers of the time, and the contemporary prescribed treatments.

Violet. – Are you laced tightly? This is one of the causes of red nose, and if you are you should give it up at once. Disease of any of the abdominal organs also causes it.

W.C. – The most common cause of loss of hair also produces dandruff of the scalp, and in curing the one we arrest the other. Wash your head with 1 in 1,000 solution of biniodide of mercury . . .

J.C. – There is no certainty that your sensations are really due to worms, but since there is some doubt you may clear it up by taking the following powder at night, with castor oil to follow in the morning: Santonin 4gr.

Cyclist. – We know of no evidence that cycling stops the growth of healthy children, and we see no reason why it should . . .

Old Reader. – If you are to get rid of your rash you must first get rid of the parasites. Your under garments should be boiled. Nothing else will kill them. Then you should bathe yourself and rub into the skin sulphur ointment.

Starch. – It is a curious taste your friend has, but the starch will do her no harm provided she does not take it in such a large quantity as to interfere with her digestion. It will not make her white as you suppose, nor produce anemia . . .

Carnation. – It is pretty evident that your digestive organs are not quite well; this will explain the redness of your nose, and also your general nervousness, bagginess below the eyes.

Thomas F. – Your “acidity and flatulence” explain your “specs” and “noises”. Get your digestive organs right by light food and free purgation . . . and you will not suffer from these illusions of the senses.

Esperance T. – At your time of life the occurrence of a discharge is extremely suspicious, and you should waste no time in having the region examined by a surgeon who practices in women’s diseases . . .

Hotel. – You would be better taking a pill than smoking yourself sick in order to overcome your constipation . . .

Lottie. – Your eczema has nothing to do with the state of your mind. ‘Water in the head’ is a disease of infants . . . It is most likely that your forgetfulness and dreaminess are due to the state of your digestive organs.

Old Mother. – You are quite safe to take the juice of an orange in the morning. Do not trouble about what they say.

Nemo. – If the blackheads are not inflamed they are quite easy to keep away if you will wash your face with warm water softened by the addition of a little soda or ammonia, and then by firm and regular rubbing with a hard towel massage the skin well.

A.B.C. – The nervousness is secondary to the state of your digestive organs. You should eat sparingly and carefully, and instead of bread, eat toast cooled before it is buttered . . .

Huntstown. – You should try the effect of taking fat bacon for breakfast, and go with regularity, taking a pill of aloin 1/4gr at bedtime when the system will not act.

Verecund. – You do not mention your age, blushing is usually an affection of youth, and age cures it. Strength and health usually give the confidence which abolishes blushing.

M.G. – The glass of beer, along with the tendency to less exercise, is the most likely cause of your corpulence . . .

A Great Sufferer. – “You should not let the feeling you mention keep you from taking advice. Instead of the soap make a lotion of carbolic acid, one teaspoonful to a pint of hot water, and bathe the parts freely, using it also as a sitz bath every day.”

S.F.P.N. – You must give up your folly absolutely. The following mixture may be help to you in every way, but if you are to recover you must never again yield to temptation. R/Sodii sulphatis, 1½oz; potassii bromidi, 4dr; tincture belladonnae, 4dr; aquae ad, 10 oz. A tablespoon of water at bedtime.

Borneo. – Your varicose vein is likely to be influenced adversely by the constipation. You might aid that materially by eating brown bread instead of white. Always have it stale, and this will help you from taking an excess. Bandage your leg as you get up with a crepe bandage . . .

XXXX. – Habits such as you complain of are very difficult to overcome at times. Even if you cannot look people in the face you should not keep out of company. There is an old superstition that people who cannot stare you in the face are not honest, but there is little or no truth in that . . .

W.H. – You would do well to avoid the radishes for breakfast. Salad with a dressing would be all right for dinner . . .

Jacko II. – Yours is not a case for treatment here. Go to a doctor on the spot.

We’ve discovered our bathroom has no foundations. What should we do?
7 Life after an ectopic pregnancy
8

The clitoris has 8,000 nerve endings (and nine other things we learned from a new artwork)
9