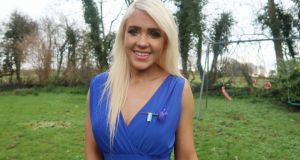 The Government announcement on the need for high-risk groups to “cocoon” during the Covid-19 outbreak made official advice of what many Cystic Fibrosis (CF) patients were already doing.

People whose CF has progressed to a more serious level are at high risk of becoming very ill if they contract the coronavirus.

“Those who are most at risk are people with reduced lung function and those who have recently had a lung transplant. Based on emerging evidence from other countries, younger people with CF and those who have milder forms of the disease aren’t quite as vulnerable,” says Phillip Watt, chief executive of Cystic Fibrosis Ireland (CFI). However, he strongly recommends all CF patients to strictly follow the Government’s advice on cocooning and not leave their homes.

CF patients who experience a sudden worsening of their condition – which might require an intensive course of antibiotics and support from physiotherapists and dieticians – should access hospital treatment following the advice of their consultant or nurse specialist.

CFI is aware that some in-patient rooms that were previously used for CF care are now being used in the treatment of Covid-19 patients. “While this has also caused some anxiety in the CF community, we have been reassured that all such changes are temporary and will be agreed by CF clinicians before they proceed,” says Watt.

The concern remains, however, that if separate isolation rooms aren’t kept strictly for CF patients, their health could be compromised both by the delay in admission to hospital and also by the added-risk of picking up Covid-19 while in hospital.

CFI’s annual fundraiser, #65RosesDay, will go ahead on Friday, April 10th – an online appeal for funds will replace the usual public fundraising initiatives throughout the country. See 65RosesDay.ie and cfireland.ie.

Edward Gilmore: ‘It’s hard not to be nervous about it’

Edward Gilmore (34) who was diagnosed with Cystic Fibrosis as a toddler, says Covid-19 has brought new concerns to people in his circumstances. “When you consider the best case scenario [with Covid-19] is a bad flu and I was in hospital for a month in January with the flu, it’s hard not to be nervous about it,” says Gilmore, who is a stay-at-home dad caring for Ivy (2).

“I’m self-isolating as much as I can and my wife, Laura, who runs a childcare business, is at home now too,” explains Gilmore, who says he only sees close friends and family. “I only go out to walk my dog and I limit [socialising] to people I trust. If they think they have been anywhere [risky], they will stay away from me,” he says.

Gilmore says he had a normal childhood and was encouraged to take part in sports. His health has deteriorated in the last four or five years. “I’m not picking up more infections but they are having more impact when I do get sick. If I get a chest infection or a cold, I now need intravenous antibiotics whereas before I could cope with oral antibiotics and 10 days’ rest.”

For the last two years, Gilmore has been taking the new CF drug, Symkevi, which he says keeps him better in between hospitalisations. “I can have a more active life and can go for runs and play with Ivy. I only needed to be checked out when I’m not feeling well,” he explains. During the Covid-19 outbreak, some CF patients are not attending outpatients’ clinics and instead communicate with their health experts via video chats, emails and phone calls.

Shania Murphy: ‘Everyone is a bit anxious’

Shania Murphy (20) who was diagnosed with Cystic Fibrosis as a baby, manages her condition while juggling two jobs and helping on the family farm in Co Sligo. Recently, she has also developed a passion for body building which keeps her extra fit and healthy.

Murphy says that she is able to manage her CF more easily since she finished school. “When I was in school, I had to get up at 7am to get the bus at 8am and then I wasn’t home until 5pm. I had to take all my medications with me to school,” she explains.

After finishing secondary school, Murphy did training courses to become a security officer and a personal trainer. She now combines both jobs while also doing her own intensive fitness routines in preparation for body-building competitions. However, the coronavirus outbreak has interrupted both her training sessions and prevented her from travelling to competitions in the UK.

“I had a daily routine of going to the gym for two hours of weight lifting and then doing one hour posing practice at home. Now I can’t go to the gym because it’s closed which I’m sad about. However, I am doing extra physiotherapy every day to keep my lung function high just in case I do get sick,” she explains.

Murphy had temporarily stopped doing security at nightclubs – to protect herself from catching the virus – before all pubs and clubs closed due to the Covid-19 restrictions in mid-March.

“I have a high level of personal hygiene and I try not to go anywhere I don’t need to go. I talk to other people with CF on social media and everyone is a bit anxious,” she explains.

She says that her body-building training helps her appreciate her body more. “I’m more in tune with my body now. I did boxing when I was younger but I’ve found my passion with body building. I don’t know anyone else with CF who is a body builder,” she says. She hopes to travel to the UK to compete in body-building competitions later in 2020.

Property market: Is now the time to buy?
7