Bringing humanity to the study of bipolar 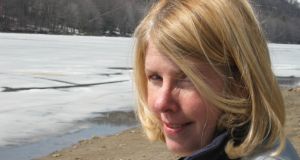 Kay Redfield Jamison: ‘We need more people – doctors, lawyers and other professionals – to talk about their experiences of living with bipolar disorder.’

But American clinical psychologist, professor of psychiatry at John Hopkins School of Medicine in Baltimore, Kay Redfield Jamison took the brave step to write a book about her manic depression (now known as bipolar disorder), which has arguably helped more people to understand the illness than the medical textbooks and papers she wrote on manic depression earlier in her career.

In Dublin recently to speak about her books – she is also the author of a biography on Robert Lowell, the Pulitzer Prize-winning American poet who also suffered from manic depression – and her life experience, Redfield Jamison brings an admirable clarity, frankness and humanity to public debate about this devastating illness.

“As a clinician, I felt hypocritical not talking about my own experience and when I did write about my mania and suicidal depression, it was awful to contemplate, yet I loved the writing,” she tells the audience at a public interview in Poetry Ireland headquarters, Dublin.

“I loved school and life and friends and never had dark thoughts until I was 17 in senior high school. Very suddenly, I was exceedingly enthusiastic and got very high and then I plummeted into suicidal depression. I didn’t see myself as ill except when I was hallucinating and very manic. I thought it was just stress.”

Jamison speaks about how an English teacher noticed how she was behaving and gave her two books of poetry by Lowell. “I am grateful to him and to Lowell to my dying days,” she says.

As a young woman, she rejected medication but her symptoms got worse. “Bipoplar is a progressive disease and later I suffered for 18 months of suicidal depression yet I continued to teach and see patients although I was unable to concentrate and remember anything I read,” she explains.

“The hardest thing about depression is that it’s a gradual process and you start not caring, not wanting to do anything. It knocks your motivation, your ability to think and you withdraw from your friends,” she explains.

Jamison says the brain is a fragile organ and each manic episode does a lot of damage to it. She has been on the drug lithium for many years now, which she says works well for her.

“When I was younger, I was on a higher dose of lithium which dampens your [spirits]. But when you’ve been hospitalised six times, you stop having such glorified views [against medication] and realise the illness is very disruptive to your life. Nowadays, people aren’t on such high dosages and medication is often used in combination with psychotherapy.”

Jamison’s first non-academic book, Touched With Fire: Manic Depressive Illness and the Artistic Temperament was published in 1992 and An Unquiet Mind: A Memoir of Moods and Madness was published in 1995 – after which she decided to stop working directly with patients, opting to teach and write instead. Her colleagues at John Hopkins University supported her in these decisions.

She says medical students understand the suffering of those with bipolar disorder much better through good writing – although they need the language of diagnosis from psychiatry. “Mania is an addictive state and you have to have it described to you in a way that’s real. On the way up, you feel like you have a limitless surge of energy and great ideas. It’s a very intoxicating state and many people spend their lives trying to recapture that feeling of mania but it can ruin their relationships, work and finances,” she explains.

She says Robert Lowell, who was hospitalised 20 times with manic depression, describes in his poems the terror of going manic and the remorse afterwards. “Each time, he made a mess of his life but went back to teaching and putting his life together again. That takes astonishing courage. You can do terrible things when manic. It doesn’t mean you are a terrible person. His friends really loved him,” she says. Her book Robert Lowell, Setting the River on Fire: A Study of Genius, Mania and Character was published in 2017.

Filmmaker, theatre director and writer Alan Gilsenan, who interviews Jamison at the Poetry Ireland event asks if medication takes away the creativity that some writers/artists feel their manic state brought them. Jamison replies: “Artists, writers and scientists on lithium are more productive and creative. What comes in a manic state are often fragments that need to be worked on later. We need to ask – can you get everything out of one manic episode? Bipolar disorder is a really treatable illness and it’s the responsibility of doctors to extend hope and keep people safe. I often feel that people romanticise suicide and don’t regard it as a source of death.”

Now 73, Jamison carries a personal wisdom, tempered by her vast scientific knowledge on bipolar disorder. “I am thankful to all the medical scientists – and particularly the Scandinavian researchers who first tested the use of lower-dose lithium on their patients, which works for 60 per cent of people with bipolar disorder. We need more people – doctors, lawyers and other professionals – to talk about their experiences of living with bipolar disorder. It’s a very treatable disease but people don’t talk about it enough.”