The €2.2 million network aims to make new drugs and treatments available to patients with all types of blood cancer across Ireland over the next five years 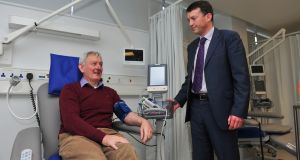 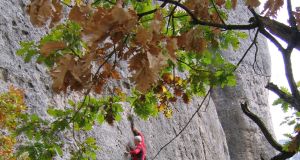 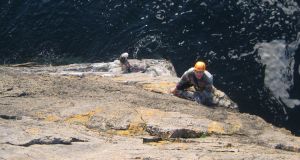 Shortly after rock climber Paul Daly embarked on his first clinical trial to treat his blood cancer, he knew he was responding well when he tackled a route on the Burren sea cliff, Ailladie, on Clare’s Atlantic coast.

“It was just two weeks after I had started a combination of drugs,” recalls Daly (58), a computer programmer from Cabra, Dublin. “Being a sea cliff, it didn’t require a big walk in, which I might have found tiring at that stage.

“It was just perfect,” he says, noting that rock climbing, by its very nature, “absorbs you totally . . . you can’t think about anything else”.

“And as the weeks and months went by, I found I was completing grades that I had never achieved before.”

It is now nine years since Daly, a seasoned climber of Irish and European rock routes, was diagnosed with chronic lymphocytic leukaemia (CLL), which affects the system’s white blood cells and bone marrow.

He recalls that the worst part was telling his wife, Susan. The couple, who have two daughters and three grandchildren, had moved from Dublin to Doolin, Co Clare, where they run a bed and breakfast.

The best part was finding that he lived close to expertise developed on the west coast, which has led to the recent opening of the State’s first collaborative research network, named Blood Cancer Network Ireland.

The €2.2 million network aims to make new drugs and treatments available to patients with all types of blood cancer across Ireland over the next five years. The initiative was marked at University Hospital Galway by Minister of State for Skills, Research, and Innovation Damien English late last month.

Ireland on the map

Daly’s consultant, NUI Galway professor of haematology Michael O’Dwyer, is director of the new research collaboration, which will, he forecasts, “put Ireland on the map” in developing therapeutics in this area.

It will allow Irish patients to gain access to new treatments at an early phase, he explains, and the network will develop a biobank to collect and analyse patient samples. It will also develop an improved registry, collating information on treatment, outcomes and quality of life of patients with such conditions here.

Blood cancers such as leukaemia, lymphoma and myeloma comprise 10 per cent of all cancers, with more than 1,500 people across Ireland diagnosed annually. Such cancers affect the cells of the blood or the organs where blood cells grow and develop, as in bone marrow and the lymphatic system. The most recent National Cancer Registry of Ireland data, for 2012, shows that 244 cases of multiple myeloma were diagnosed here, while there were 489 new cases of leukaemia and 860 cases of lymphoma.

A number of key pharmaceutical companies will be involved, although O’Dwyer is hesitant to name them until they are “all across the line”.

Patients with blood cancers, multiple myeloma and acute myeloid leukaemia will be among the first to take part in early phase clinical trials.

Early stage clinical trials test the safety, effectiveness, dosage levels and side effects of new drugs and treatments on a small number of patients, and these trials are regarded as the first hurdle in licensing.

As Daly explains, it means that he and patients like him can volunteer for the latest potential treatments for the first time.

“Up until now, our access would have been to phase two and three drugs,” he explains. “This gives you far more options.”

Daly has participated in two sets of clinical trials so far, and had a three-year remission in between. “When I wasn’t well, or when I was on a control drug, it was a bit like how climbers describe about being on Everest or in any high altitude area, where lower air pressure results in oxygen deprivation,” he says.

Phase one trials have already begun, O’Dwyer says, and immunotherapy and cellular therapy are part of a new wave of cancer treatments. He notes that there is no reason why Ireland could not be a “leader” in cellular therapy.

NUIG is licensed for stem-cell production for non-cancer indicators at its Centre for Cell Manufacturing Ireland.

“What we would like to do is extend that basic infrastructure which is here and apply it to cancer, and this would probably require collaboration from industry,” O’Dwyer says.

Blood Cancer Network Ireland is the second collaborative initiative supported by the Irish Cancer Society, the first being its “Breast-Predict” programme, involving breast cancer scientists and researchers from 2013.