Appy days and smart ways to enhance your child’s learning

From finding a local ballet class to feeding a budding interest in maths or spelling, there’s a smartphone app to fit 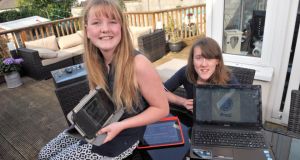 Sisters Lucy (11) and Emily Ray (13) in Cork: Lucy likes to put her geographical knowledge to the test by using the Geomaster 2 app, while Emily uses the Book Creator for iPad app to make books. Photograph: Daragh Mc Sweeney /Provision 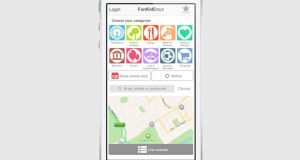 The FunKidDayz app lists more than 370 activities in Dublin. 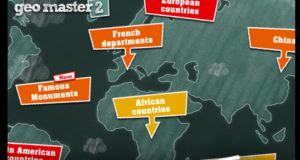 Put your geographical knowledge to the test by using the Geomaster 2 app. 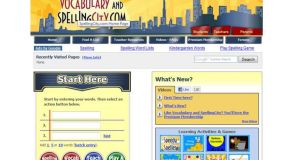 Spelling City is for children aged four and over. 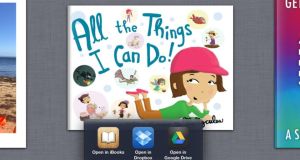 Make your own books with the Book Creator for the iPad.

Parents who want to organise an activity for their children after school or at the weekend can sometimes find themselves wondering just where to begin.

Newspapers, the internet and word of mouth are all potential sources of information when you’re trying to find the best ballet school or basketball club in the locality.

Now a new smartphone app, which details many children’s events and activities taking place across the capital, could solve their headaches.

The FunKidDayz app (Free; iOS) lists more than 370 activities in Dublin; almost 100 are free, and there are on average 50 events listed at any one time.

It is broken into 10 categories, including museums, sports and activities, and parks and gardens (including playgrounds). Parents select the category they are interested in before tapping an icon to get a list of results.

Users can tailor their search depending on the ages of the children and on whether they want paid or free activities.

Noreen O’Connor, who lives in London and is originally from Nenagh, Co Tipperary, cofounded the app. She says the idea came “from having that difficulty of finding information in the one place”.

“It’s surprisingly difficult to trawl through all of the websites to find out what is actually near you and what would be convenient,” says O’Connor.

“We hope the app will iron these issues out.”

Lucy Ray (11) from Cork city is a sixth-class pupil at Scoil Olibhéir, Ballyvolane. She likes to put her geographical knowledge to the test by using the Geomaster 2 app (89 cent, iOS).

Users can choose from a selection of games that range from identifying US cities to naming European countries.

“My personal favourite is the flag game. If you get a flag wrong, you lose a life and if you are right five times, you get an extra life. You feel like you are always learning,” says Lucy.

Her sister Emily (13) is a second-year pupil at St Angela’s College. She has used the app Book Creator for iPad (€4.49, iOS) to make lots of books.

She first used it in sixth class for a school project, and has since made books in her spare time including ones about her dog Oscar and family holidays.

“You can write, draw and put photos on it. It’s fun and it’s good for creative writing. You can store them on iBooks and share them on Dropbox,” she says.

Ruth Whelan (13) is a second-year pupil at Glanmire Community College, Co Cork. She is a fan of 2048 (Free, iOS, Android), a game in which pairs of numbers are added together with the aim of reaching 2048.

“For younger people such as children in primary school it’s educational as they practise addition, and for secondary school students it’s more fun; but it gets you thinking and you have to be switched on,” she says.

Ruth, who also attends Coder Dojo Outer Space, found out about the game through a friend there.

“We were sharing games and she showed me that one,” she says.

Spelling City (subscription-based app, iOS, Android and Kindle, for age four and over), which allows children to learn vocabulary and spellings through playing games such as HangMouse, is popular among pupils at the Sacred Heart Senior National School, in Killinarden, Tallaght, Dublin.

“We use this a lot,” says Robert O’Leary, the school principal.

“The lists of spellings are uploaded and the children then play games that incorporate the spellings they are working on.

“It makes the learning experience fun and enjoyable for children. They also use Spelling City at home on smartphones and desktops as well as on tablets. It brings learning beyond the walls of the school.”

O’Leary says the great advantage of using apps in the classroom is that children love using technology such as tablets. “Children will learn when they are interested and engaged; if they are not, they probably won’t learn anything.”

It’s another popular app among pupils at the Tallaght national school, where they use it in a wide range of subjects.

“It is suitable for all children, and younger children [from the age of five or six] can use it with parental or teacher support,” says O’Leary.

“Afterwards, they can share what they have done with each other. It enhances their creativity.”