All the rage: why we need to tackle societal aggression

Prevention of violent behaviours requires the intervention of schools, communities and wider society 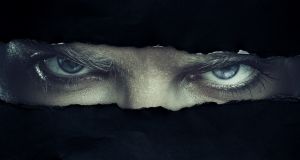 Testosterone levels have been found to be higher in more aggressive males. Photograph: iStock

Despite developments and advancements, societal aggression thrives. And many perpetrators are youths.

So what is going on?

Aggression encompasses an array of behaviours that cause physical and psychological harm to yourself, others or objects. Psychologists identify two types of aggression: impulsive and instrumental. The former is instigated by intense emotions in the spur of the moment with the acute threat response in the brain being triggered. This involves the amygdala, hypothalamus and periaqueductal grey. Neuroscientists have identified that damage to regions in the brain, such as the prefrontal cortex, can lead to violent behaviours. Serotonin deficiency is associated with escalated forms of aggression, and studies have found that violent criminals have lower levels than non-violent criminals.

Instrumental aggression is characterised by planned behaviours to attain a goal, such as robbing money. The American Psychological Association defines violence as an extreme form of aggression.

The contributing factors associated with aggression include biological, social and psychological. Genetic disposition, culture, being raised in a violent environment and brain-related abnormalities can influence the anger response. Power, a lack of empathy and moral compass, stressful conditions, mental-health issues, drug and alcohol abuse and competition for scarce resources have all been linked with aggression. Testosterone levels have been found to be higher in more aggressive males. However, women are becoming more explosive as they juggle work and family life, try to meet unrealistic expectations and wrestle with hormonal factors.

Excessive alcohol is linked to a big proportion of violent crimes. Alcohol increases the person’s reactions to provocation and disrupts the executive functioning of the prefrontal cortex, which is the area that helps control aggression. Alcohol myopia occurs when people are intoxicated and miss social cues regarding appropriate behaviours and consequences.

The drug trade grows alongside increased violence with the recruitment of kids to engage in drug-related activities. Group-think and peer influence can also spur up violent activity. Many of those involved in international terrorism have been young. A recent report by chairs of two Unesco committees have warned that young people who are marginalised are more susceptible to being recruited by dissident republicans.

Stopping cycles of violence has to address these biological, social and psychological factors. Early intervention to protect and support children in violent environments is essential to curb the vicious cycle. Children raised in aggressive households learn that aggression is the norm. Early psychological assessments and interventions can identify and deter potential perpetrators of violence. Support for, and monitoring of early attachment bonds are key to healthy development and can prevent the young gravitating towards dangerous peers and gangs.

In their book Hold on to your kids: Why Parents Need to Matter More Than Peers, Dr Gabor Maté and Dr Gordon Neufeld explore the disturbing trend of children looking to peers for values and codes of behaviour. The past decade of research on violence prevention reveals that prevention has to start in the first five years of life and that early experiences impact brain development. Organisations like Barnardos need support to expand and be accessible in every catchment area.

Zero tolerance to aggression in school environments and anti-bullying strategies can play an important part in early development. The promotion of empathy and helping behaviours can positively impact peer relations and curb aggressive responses. Healthy workplace practices need to be fostered to promote respectful interactions and leadership.

In all social contexts, emotional regulation and calm reactions need to be encouraged and the myths of aggression and an “eye-for-an-eye” mentality challenged. Aggression breeds aggression, so punching a pillow or exercising vigorously does not calm the system down. Releasing anger in a less harmful way, known as catharsis, is outdated and unfounded. While many people feel that engaging in aggressive activities is an antidote to rage, it is ineffective and rather than release frustration, it actually increases it.

Alcohol and drug information and support services need to be multi -disciplinary based and readily accessible. It is of the utmost urgency that resources are pumped into the prevention of youth violence. While we have gun laws here, many are carrying knives for attack or protection.

And what about the impact of playing violent games? Many studies have found violent game players are more prone to aggressive behaviours. However, there is emerging research that finds no link with violence. Outcomes depend on the individual child’s age, amount of time gaming, adult supervision and evidence of screen addiction. Every game is not for every child. Recently, researchers at the Oxford Internet Institute, University of Oxford, found no relationship between aggressive behaviour and violent video games among adolescents. The World Health Organisation has now recognised addiction to gaming as a disorder, but asserts it only affects a small number of players.

A review of the judicial system is essential, as the impact of aggression and violent crime has long-lasting negative effects. Punishment methods have not worked. Updated ways to reform perpetrators, an intensive response to first offences, community policing and community-based projects in social blackspots are some of the ways forward. Positive emotions can decrease aggression. Feeling good about oneself and others, tolerance, a healthy value system, a sense of humour and altruistic acts can curb violent responses.

It starts with everyone’s involvement from the child, the school, the workplace, the community to wider society.