A lifetime working to understand and prevent suicide 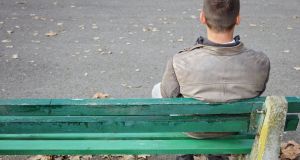 ‘Sometimes, though, we hear of baffling cases of suicide in which the person who died seemed to have everything going for them.’ File photograph: Getty

Never kill yourself while you are suicidal. So wrote Edwin Shneidman in his book The Suicidal Mind (published by Oxford University Press).

Prof Shneidman argued that the purpose of suicide is to escape from inner psychological pain. The thinking behind the escape is distorted because it assumes that no alternative exists.

Staying alive, even while deriving comfort from the wish to end it all, allows time to see less destructive options.

The suicidal person, he suggested, feels that the pain is unbearable and that this leaves them with only one way out

People take their lives because of the pain of depression, of rejection, of loneliness and bereavement, of addiction and physical pain among many other causes. Most people experience these conditions and manage to survive them. The suicidal person, he suggested, feels that the pain is unbearable and that this leaves them with only one way out. Thinking narrows so that other possibilities remain unseen.

It is because of this distortion in thinking that when a person is in the depth of suicidal thought they need to postpone taking the final act until they can see more clearly.

Sometimes, though, we hear of baffling cases of suicide in which the person who died seemed to have everything going for them and it’s impossible to say that these fit into Prof Shneidman’s analysis.

However, his views are worth considering because he spent his whole career up to his death in 2009 working to understand and prevent suicide.

He founded the American Association of Suicidology and was a professor of thanatology (the study of death) at the University of California.

His interest in suicide began in 1949 when his boss at a Veterans Administration hospital in Los Angeles instructed him to write to two widows whose husbands had taken their own lives. When he went to the vault of the coroner’s office to look at their files he found that one had written a suicide note. Within a few weeks he had photocopied 700 suicide notes in the hope of gaining insight into this sad and bleak human choice.

In some people psychological pain leads to what he calls “lethality” by which he means the idea that “I can stop this pain; I can kill myself.”

To lessen another person’s likelihood of suicide we need to lessen the pain, he asserted. “Where do you hurt?” and “how can I help you?” are the most important questions to ask, he wrote.

He believed ambivalence to be a common characteristic of people who take their own lives – actually it can be part of the make-up of all of us in relation to all the things we love and hate at the same time.

In relation to suicide he believed the suicidal person wanted to die but also wanted to live. This can create a space in which to look at alternatives that allow the person to live and to reduce the psychological pain in various parts of his or her life.

To me, the most lethal form of thinking is the mistaken belief that other people would be better off without them. An appreciation of the pain that ending their lives would bring to other people keeps many alive who would otherwise end their lives, in my view. Some of the suicide notes quoted by Prof Shneidman seem to express the belief that others will be able to move forward after the death and, at the same time, that they will be hurt by the death. This is an example of the distorted thinking that often accompanies suicide.

Also, many of those who die by their own hand love and care about the people they leave behind. The utterly mistaken belief that these people will be better off without them – or at least not worse off – is clearly a deadly and dangerous one.

Those who have lost a loved one to suicide and who blame themselves for not seeing the signs should remember the point about ambivalence.

If the person who was lost was ambivalent, how could others around them have been expected to read the signs?