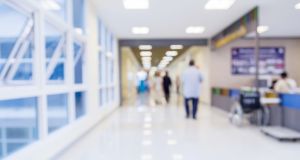 Samuel Shem has said The House of God was based on his experiences as an intern at the Beth Israel Hospital in Boston in 1973-1974.

Are there many books that continue to be sharply relevant some 40 years after publication? Not many I suspect. But one that manages to be, in the medical world, is The House Of God, by Samuel Shem.

As a medical student and a junior doctor in the 1980s, and like many of my peers, I found the book echoed our experiences of 100-plus-hour working weeks. Shem has said The House of God was based on his experiences as an intern at the Beth Israel Hospital in Boston in 1973-1974. He explains how he and his colleagues were influenced by the civil rights movement, an influence that fostered a belief in their ability to change things for the better.

Forty years on and Dr Stephen Bergman (Samuel Shem was a protective pseudonym) reflects on the continuing relevance of his seminal book in a recent Journal of the American Medical Association (JAMA). His piece is accompanied by a commentary from Dr Jeremy Faust, an early-career emergency medicine physician at the Brigham and Women’s Hospital, Boston.

The House of God outlines 13 rules or universal truths of the hospital as seen through the eyes of intern Roy Basch and his senior resident, the Fat Man, who offers a counterweight of hope and humanity to the intern’s disconnected world. On face value, many of the rules are brutal and continue to be taken literally by impressionable students and physicians – accepted as perfect truth rather than satire. And while it’s amazing satirical aphorisms may explain the book’s continuing popularity, its longevity is also, sadly, due to how little the medical system has changed in the intervening years.

As Faust observes, “physicians in training still struggle to deliver patient care on little or no sleep; their personal relationships often suffer; some occasionally see their chronically ill patients as other than human; they experience burnout. The book remains relevant because many of the problems it diagnosed remain undermanaged or untreated.”

In the JAMA article, Bergman acknowledges that, in today’s era of identity politics, the book might have a mixed record. “On the upside, we in The House knew that #BlackLivesMatter.” (Chuck, an African American who readers meet at intern orientation, is portrayed with admiration and sympathy.) “Black physicians are our close friends and colleagues, but there are too few to be found in today’s health systems for anyone’s good.” However, the MeToo movement cannot be impressed with the book’s generally unflattering portrayal of women.

Focusing on the present, Bergman says he is “more appalled now . . . by the way house staff (junior doctors) are forced to spend much of their time at computers, by the fact that patients have no idea that electronic health records are designed to optimise billing and insurance payments rather than their care, and by the way non-physician executives at the top of hospital systems, having never been trained in patient care, dictate the terms of the profession.”

He challenges young physicians: “We doctors are the workers, I tell them. Without us, there’s no healthcare. We have power and can shape the fate of medicine. My generation is almost gone, we’re out the door, so this is your fight now, your life. What will you do with it?”

His many fans will be delighted to hear that a sequel to the House of God is to be published this November. In Man’s 4th Best Hospital, Shem’s cast of characters from The House of God reunite late in their careers. They return to the hospital in an attempt to restore greatness to their struggling alma mater. Unsurprisingly, the book’s theme is the dehumanisation of physicians in their new role as maintainers of electronic medical records.

In a snippet from the new novel, Shem observes that today, a good doctor is one “who can contort his or her body to touch-type while still making eye-contact”.