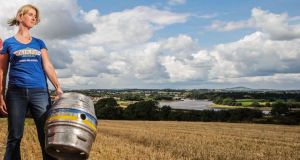 Do you think a beer will taste equally good if it is made by a woman or a man? Probably not, according to a new study that suggests that drinkers have lower expectations of taste and quality if they believe a beer was produced by a woman – and they would pay less for it.

Researchers at Stanford University, in California, have found that gender stereotyping significantly impacts the way we evaluate products.

“Our research suggests that customers don’t value and are less inclined to buy traditionally male products if they think they’ve been manufactured by women,” says researcher Sarah A. Soule. “There’s an assumption that your woman-made craft beer, screwdriver, or roof rack just won’t be as good.”

For the study, a group of 150 men and women were asked to rate consumer products in terms of how masculine or feminine they believed the items to be. “After establishing that craft beer is typically viewed as masculine, we wanted to test people’s assumptions about beer that had hypothetically been brewed by either a woman or a man,” says researcher Shelley J Correll.

They asked more than 200 volunteers to assess a craft beer label, changing the name of the brewer in each case, to see if gender affected their perceptions.  “What we’re seeing here is that woman-made goods for sale in male-type markets are being penalised for no reason other than the fact they are made by women,” says Soule.

“It’s shocking to think that this is an attitude that is out there,” says Máire Ni Mhaolie, co-owner of 57 The Headline bar on Clanbrassil Street in Dublin, which specialises in craft beer. Though she’s not surprised, she adds. “Being a woman who works in a bar that sells a lot of beer, I do come up against sexism across the bar counter,” she says, describing how some customers will seek out her male colleagues for a beer recommendation instead of asking her. “It’s like they need clarification from a man.”

Whether a beer is made by a man or a woman, however, doesn’t really factor in decision-making for their customers, Ni Mhaolie believes. “Nobody has ever said to me, who made this beer – it’s more about where it’s come from – the gender wouldn’t come up.”

This also echoes the findings of the Stanford University study that stated that people who knew more about beer – or were what they termed as “beer snobs” – were less likely to care about whether it was made by a man or a woman.

“It’s comes down to the type of consumer,” says Grainne Walsh, brewer and owner of Metalman in Waterford. “Some really care about the style of the beer, the ingredients … and there are a lot of people who will drink a beer because it’s local.”

Because beer has been marketed to men for so long, the market is already a bit segregated along gender lines, Walsh says. “That’s one of the reasons it’s seen as a manly product.”

With more and more women drinking craft beer, however, many microbreweries have gender-neutral branding, drawing consumers’ attention to quality, locality and “beautiful branding”, she says.

“The craft beer industry is still a young industry in Ireland, so the gender imbalance isn’t as bad as in some other industries,” she adds. Though people often presume a brewer is going to be male: “The stereotypical [images] of blokes with beards in wellies posing in front of tanks – we see a lot of that in craft beer.”

But often when people discover that there’s a female brewer, they’re usually supportive. “People don’t generally react with anything other than respect. I think sometimes they’re pleased too that the status quo is being challenged a bit.”

Manchán Magan: Why I’m giving up flying abroad on holidays, the thing I love most in this world
10