Pop-ups at home and abroad will offer Peruvian ceviche, three-month aged beef, African vegan food, and butter on everything 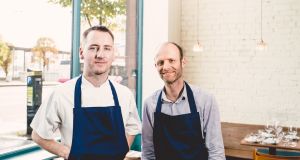 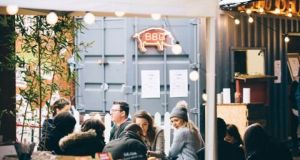 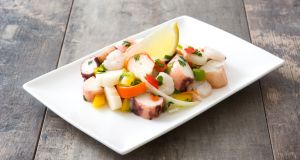 On March 15th, Paul Flynn of The Tannery in Dungarvan, Co Waterford will be cooking in New York. He is teaming up with Donal Crosbie, the Irish-born chef who is now a partner in three NYC restaurants including Hudson Hound Restaurant & Bar, which will host the Kerrygold lunchtime event.

Flynn and Crosbie worked together in La Stampa in Dublin, and Crosbie describes his his two years working there under Flynn as “a key aspect of his development as a chef”.

On St Patrick’s Day, Belfast restaurant Ox will be popping up in London, at Carousel in Mayfair in the fourth instalment of Conde Nast Traveller’s Chefs’ World Series. The Michelin-starred restaurant was included in the magazine’s “hottest” places to eat last year.

A Feast from Northern Ireland is the theme of the three-course dinner with drinks, for which tickets (£80) can be purchased here at Eventbrite.

Chef Stephen Toman, joint-owner of the restaurant along with sommelier and manager Alain Kerloc’h, will be cooking Irish celeriac, scallop and sea urchin with Italian truffle, followed by chateaubriand, asparagus and black garlic, with Bushmills jelly, lavender, oats and baked apple sorbet for dessert.

The beef is from Co Down, and it is already in preparation. Toman aged it on the bone for 10 days and in lard for up to three weeks, using a trick he picked up while working at Noma in Copenhagen, where they used butter instead of lard.

“We’re delighted to be able to do something with a distinctly Irish twist on St Patrick’s Day,” said Toman.

Jess Murphy’s Kai restaurant in Galway will also be taking wings, popping up for one day only on March 19th at Charlie P’s restaurant and bar in Vienna. Gannet Fish crab, Cuinneog butter and Castlemine lamb will feature on Murphy’s five-course menu for a charity dinner.

Chef Rob Krawczyk has just returned from cooking at a Bord Bia Origin Green dinner for 350 at the Ritz-Carlton in Dubai last week, and in a fortnight he heads to the Maldives for 10 days for a visiting chef engagement organised through Jeunes Restaurateurs d’Europe (Ireland & UK).

“I will be cooking with all the local fish, caught that day, for dinner for 60 people, as well as doing a master class and a demo.”

Nearer home, there are some interesting pop-ups to choose from in the next few weeks.

Sprout & Co will host a Peruvian pop-up, Ceviche & Co, on March 25th when Andrew Cox, a cousin of Sprout founders Jack and Theo Kirwan, will be bringing a taste of this colourful cuisine to Ireland.

Cox spent a year in New York on a graduate visa and cooked part time at The Llama Inn, a Peruvian restaurant that recently earned a Bib Gourmand, while also holding down a job as a data analyst.

“I served ceviche as an unconventional starter for our Christmas dinner in December and Jack loved the flavours and suggested we team up and do a pop-up night in his venue at the Campshires building on Sir John Rogerson’s Quay,” says Cox.

The pop-up will be limited to 40 tickets (€60, including a South American cocktail and wines) and can be booked by emailing ceviche@sproutfoodco.com. Cox, meanwhile, is leaving data analysis behind and heads for South America on April 1st to work on his Spanish and find an internship in a Peruvian restaurant.

At Veginity, the plant-based street food truck housed under cover in a warehouse at Richmond Place South in Dublin 2, it’s African week. Australian chef Mark Senn adopts a different theme every week for his three-night opening (Thursday to Saturday, 5-10pm).

“Some of the warmest and friendliest people I know are from Africa. So this week at Veginity we are taking you on a trip into the warm heart of Africa,” he says. The menu won’t be decided until he sees what’s available in the market. A three-course a la carte meal will cost under €25, and it is BYOB.

On Thursday, Veginity’s second truck will be at Eatyard, the street food marketplace next to The Bernard Shaw pub, which has relaunched after its winter break, serving vegan fish and chips (cassava, triple cooked chips, mustard aioli) and peanut and caramel nougat cake.

The Stage @ Eatyard, a space for demos, talks and events, launches this Thursday, with a talk and demo by Hilary O’Hagan, director of food at the 3FE coffee chain, at 7.30pm.

Aged beef, this time matured for three months, is also a feature of the next North East Cuisine pop-up, which takes place next Sunday, March 12th. Chef Eric Heilig and front of house manager Floriane Loup will serve three snacks and seven courses, with seven wines matched by Seamus Daly of Quintessential Wines. It kicks off at 5.30pm in Heron & Grey in Blackrock Market, where Heilig works during the week. Tickets, €75, are available here.

‘We have kids who can’t touch their toes’
5

Ask the expert: My 12-year-old boy has become angry overnight
9