‘This will lead to closures’: restaurants criticise lack of VAT cut in stimulus package

Measures including extension of the wage subsidy welcomed 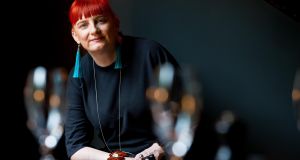 There has been a mixed reaction from the restaurant sector to measures announced on Thursday as part of the €7 billion “July Jobs” stimulus plan. While welcoming certain aspects, such as the extension of the wage subsidy, industry representatives criticised the decision not to cut VAT from the current level of 13.5 per cent.

The continuation of the wage subsidy scheme, the extension of the commercial rates waiver, and the introduction of a stay-and-spend tax refund scheme for expenditure up to €625 on accommodation, meals and non-alcoholic drinks, were widely welcomed.

However, despite the main rate of VAT being cut from 23 per cent to 21 per cent, industry representatives expressed disappointment that the rate applying to hospitality has not been reduced from its current level of 13.5 per cent. The Restaurants Association of Ireland (RAI) had lobbied for the rate to be cut to 5 per cent.

Adrian Cummins, chief executive of the association, which represents more than 2,500 restaurant, gastropub and cafe owners, was critical of the decision. “By not decreasing the tourism and hospitality VAT rate today, in line with our EU counterparts and closest neighbour, today’s July Stimulus has put a nail in the coffin for border restaurant and hospitality businesses competing with a 5 per cent rate in Northern Ireland, ” he said.

Eamonn O’Reilly, owner of the Michelin two-star restaurant The Greenhouse and One Pico, both in Dublin, also criticised the decision. “I’m devastated for my business and every other restaurant up and down the country. There will be so many more closures in the hospitality industry because of this,” he said.

Ross Lewis, owner of Chapter One, another of Dublin’s Michelin-starred restaurants, said: “While the rates holiday and the extension of the wage subsidy are hugely welcome, and without them most restaurants would not reopen, I don’t think that the other aids are enough to save a lot of our industry from failing, ” he said.

Elaine Murphy, founder-director of the Winding Stair restaurant group, welcomed some aspects of the announcement. “We are greatly relieved to hear the wage subsidy scheme will be extended into 2021. We are, however, very disappointed that the VAT rate has not been zeroed, or at least significantly cut. This will undoubtedly lead to closures.”

Shane Mitchell, owner of Asador and Prado restaurants in Dublin, said that the plan falls short of what is required. “My over riding view is that this does not go anywhere near far enough to address the real issues running a hospitality business. We had hoped for a lot more from the Government, but this stimulus package misses the target,” he said.

While welcoming the increase in the restart grant offered to businesses, he was critical of the stay-and-spend initiative. “I’m just not sure a 20 per cent rebate to be credited back once you spend €625 will really achieve much by way of a stimulus. It’s not exactly a compelling offer. And it commences in October, so the Government is showing a lack of awareness of how much trouble businesses are in now. Many won’t get to October.”

Richard Jacob, who runs Idaho cafe in Cork city with his wife Maireád, welcomed the continuation of the wage subsidy scheme, which he said would allow them to hire additional staff, and the stay-and-spend initiative. “We are very happy to see a tax back scheme for Irish holiday makers, especially as it appears easy to use with an app.”

Galway restaurateur JP McMahon said: “I think the continuation of the wage subsidy is a good thing and it will help us survive until we can hopefully get back to normal. We’re currently trading at 50 per cent, with same overheads. I think loans are not a good idea because we cannot accrue more debts. Direct grants are best way to save small independent businesses.

“I think it will be hard to assess how worthwhile the stay-and-spend will be until a few months’ time. We only have 40 seats in [his restaurant] Cava now and we are full. We cannot do any more customers. I think it will help rural businesses more,” he said