Things are buzzing at Lyons in Kildare 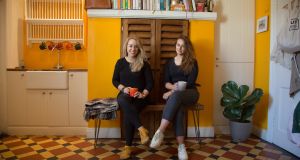 Eliza (left) and Evie Ward of Nutshed in Limerick. 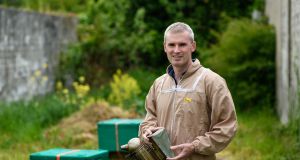 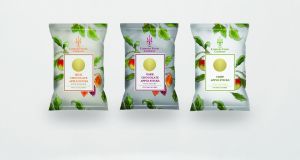 It wasn’t just us humans that enjoyed the long, hot summer of 2018, it was good for the bee population too. So good that the first three hives introduced to Cliff at Lyons Hotel & Country Retreat in Co Kildare in May have produced a bumper harvest of 20kg of honey.

Brian McElvaney, head beekeeper at the hotel, was not expecting a harvest from the new hives until next summer, but the busy bees surpassed his expectations. McElvaney, who also works as a software engineer, has turned a hobby into a part-time profession and now manages hives for clients as well as working with other beekeepers to increase their knowledge and pass beekeeping exams.

The hotel is using its first crop in its restaurants, cocktail bar and even in the spa, where you can book a honey and milk bath treatment. There is also a supply for sale at €8.95 a jar in The Pantry shop on the estate.

“For now, the strongest beehive has been moved to the nearby bog with other hives, to hopefully catch a crop of heather honey,” McElvaney says. “Bramble (blackberry) nectar is an important contributor to most Irish summer honey but this was also a very good year for clover and its nectar gives the honey a lighter colour. Each honey crop has its own subtleties and, as we didn’t get the hives until May, we would have missed many of the spring-flowering plants, so this is pure summer honey.”

Nespresso is staging a takeover of the Marker Hotel, Dublin’s popular Sunday lunch/dinner mash-up, called Le Drunch, for the month of November. Executive chef Gareth Mullins has incorporated Nespresso into his menu, savoury and sweet, and the Parisian Gourmandise edition includes three courses for €35, as well as a Nespresso martini and a coffee to finish. Le Drunch runs from 2pm-5pm.

With Peter and Mary Ward of Country Choice in Nenagh for parents, it was odds-on that daughters Evie and Eliza Ward would pursue careers in the food business. They were both roped in to help out at the family delicatessen and cafe, and developed their own food entrepreneurial skills too.

Eliza’s catering company kept festival-goers well fed from its launch in 2008, while in 2014, Evie was ahead of the pack when she developed a range of raw-food, plant-based treats.

Now, the sisters work together on their Nutshed brand of peanut butters, raw food balls and naturally sweet treats. The butters are made by hand with peanuts they roast themselves. The smooth variety has 99.5 per cent nuts, with seasalt, vanilla extract and the plant-based sweetener stevia. The crunchy one has 94.2 per cent nuts with added honey, sea salt, stevia and vanilla.

“We eat it every day, in everything from porridge to satays, or just spread on sourdough, with banana, raw honey and flakes of sea salt,” says Evie.

They sell the butters, raw balls and sweets at their stall in the Milk Market in Limerick as well as supplying coffee shops, foodhalls and delicatessens. The raw balls come in combinations such as cacao and coconut and lemon and turmeric, and the treats include beetroot brownies, raw caramel squares, raw rose brownies and carrot cake with coconut cashew frosting, all made without gluten, dairy and refined sugar.

Apples delicious to the core

The latest stylish snack from The Lismore Food Company, known for their beautifully packaged, and very tasty, range of biscuits, is a single-serving range of air-dried apple treats. The beautiful packaging, featuring watercolours of cacao pods and of apples, was designed by artist Lydia Hugh Jones, who does the Ballymaloe menus and maps, and graphic designer Justin O’Connell. Plain, milk- and dark-chocolate coated varieties of the snack are available, and the 25g bags have a recommended retail price of €2-€2.50.