Thanksgiving: How to cook the ultimate American feast

The all-American feast is celebrated across the world 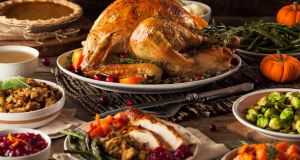 What comes to mind when you think of Thanksgiving, the all-American feast that will be celebrated across the world, from Dallas to Dublin, on Thursday?

A big bronzed turkey and all the trimmings? Good, you’ve passed the good taste test.

But the same could not be said for many of the uniquely American components of the feast that accompanies the day of giving thanks. 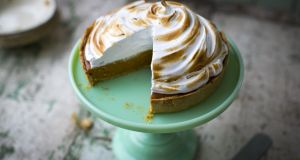 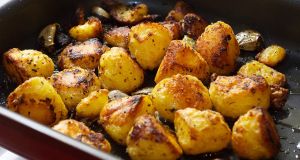 Roast potatoes with garlic and thyme 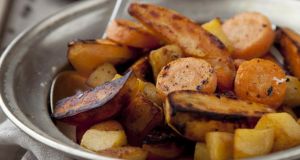 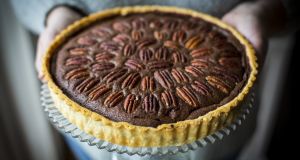 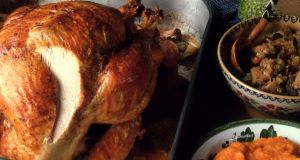 The late Kate Holmquist, a bona fide American, writing in this newspaper, claimed that a favourite Thanksgiving side dish, Ritz cracker and broccoli casserole, was “ irresistible”. Doubtful, given that it includes a tin of condensed cream of mushroom soup, and but I’ll let you be the judge of that.

Then there's sweet potatoes – the clue is in the name – so why, at Thanksgiving, does it seem obligatory to top the already sugary starch with marshmallows? And more to the point, what place does this cloying confection have on the same plate as a slice of savoury turkey?

The big bird is indigenous to the Americas, so it’s fitting that it is the centrepiece of the Thanksgiving feast. It’s also a good excuse to have a go at a new way of cooking one before the other day of overeating rolls around on December 25th.

But sometimes it’s best to stick with tradition, so here is Darina Allen's recipe for a classic roast turkey, stuffing and gravy, along with some other Thanksgiving suggestions. The lemon, thyme and buttermilk biscuits and cornbread muffins from Stephen Lucek sound like they’re just the right side of veering from tradition, and Andrew Rudd’s cider glazed roasted root vegetables will bring an Irish edge to an American feast.

Donal Skehan jazzes up pumpkin pie with the addition of an elegant torched meringue topping. But if you still think pumpkin shouldn’t ever try to be pudding, try his chocolate pecan pie instead.