Review: This accomplished cooking is wildly successful with the after-work crowd 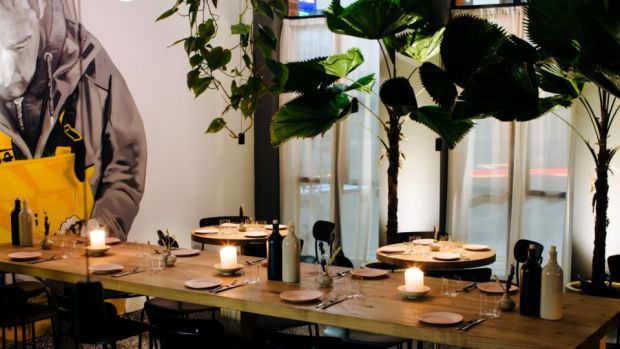 My new writer crush is Richard Powers – a vintage American specimen as muscular as a Roth or an Updike only more interested in his characters than in himself. The man behind the counter in Hodges Figgis was a fellow fan when I bought several copies of Powers’s novel The Overstory for friends and family. It’s a book that vibrates with deep ideas about belonging and gives you fresh eyes on the world.

The Overstory is about trees. There’s a small one beside me in Allta, a wine bar in Dublin’s Setanta Place. I’m sad for this tree. It’s a palm-like thing, from the genericus hotel lobby greeneryus species, with the kitty litter pebbles covering any soil. Maybe it’s there to take the bare look off the place. I’d prefer the bare look to be left alone to do its thing.

Allta is Irish for wild. There are many Irish words for wildness, whether it’s landscape, waves, animals, hairstyles or behaviour. Allta is probably the tamest of the lot. We have booked one of their earliest sittings and am presented with a smiling but firm “just to let you know you’ve the table for two hours, until 7.15, which is plenty of time”. It’s not the wildest of welcomes. And not my idea of plenty of anything.

But here’s where I park my nark and tell you what works about Allta. The room feels cosier than it should thanks to candles and nifty, low cylinder lights over the tables. The biggest feature is a wall mural of Paddy O’Sullivan – chef Niall Davidson’s Cromane oyster supplier – in yellow sou’wester dungarees. He’s shucking an oyster with the eyes-down concentration most of us apply to the thumbing of phone screens.

Our circular table is small but beautiful. There’s a top shelf of impressive-looking ferments in jars. The plates look like wonky pink paper plates but are ceramic, like the picnic basket course at New York’s Eleven Madison Park. A small block of wood with an ear of barley is surprisingly heavy when you pick it up because it’s not wood – it’s a ceramic.

The lamb is both juicy and blessed with crispy bits, like a talented home barbecuer might make

So far so stylish. One of the few wild things we’ll eat tonight is the marjoram on a barbecue lamb dish, the stunner of the night. The woody herb that’s so fragrant I can smell it from across the table is from the Burren, Davidson tells us when he delivers this beautiful plate to the table. There’s a frothy tangy broth made with Cáis na Tíre, the Tipperary sheeps’ cheese. The lamb is both juicy and blessed with crispy bits, like a talented home barbecuer might make, and it comes with silken house pasta flecked with seaweed like even the keenest cook would never make at home.

Another perfect mouthful is a house rhubarb vinegar, properly special sweet tartness, spooned into the shell of a juicy Cromane oyster so fat it’s almost upholstered. They cure their own charcuterie and we kick off the night sharing a plate of the coin-sized rounds of fudgy cured salami, with mushroomy gentle flavour of good meat well treated. There’s a second set of rounds laced with just the right amount of spice. There are silky petals of mortadella and pickled mushrooms that tip a little too far into sweetness for my liking.

Scéal sourdough bread is served with the city’s best condiment, glossy black miso shiitake butter in which a sludge of mushrooms and miso sit like sediment in a glistening golden butter pond which you spoon on with a small wooden oar-like implement that seems perfectly made for the job of slathering deliciousness.

My main of cappelletti, house pasta wrapped around smoked Gubbeen, is the only ordinary dish of the night. In most other places it would be the standout one.

We share the “nitro” ice cream which is studded with shards of nutty white chocolate and piled into a bowl coated with smoked honey finished with a drizzle of sea buckthorn coulis. It’s a Snickers ice cream crushed up against a Solero in the newsagent’s freezer, only a hundred miles better.

Puzzling over Allta afterwards I think it’s the name that throws me. A wine bar serving unpretentious, delicious food is about as wild as a potted yucca. But that’s more than fine. This is controlled, accomplished cooking which is already proving wildly successful with the after-work crowd.

Dinner for two with two glasses of wine and a shared dessert came to €85.65.

Verdict: Forget the name enjoy the food.
Food Provenance: Good. Those Cromane oysters and Cais na Tire cheese are among the names
Vegetarian options: Surprisingly limited
Facilities: Fine
Wheelchair access: 5/5 Room is accessible and there is a wheelchair toiletMusic: Nice