There are plans to release a single batch of this every year, 850 cases for the entire world 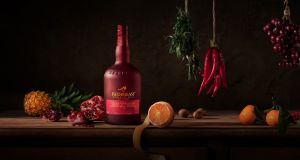 Redbreast 25: The port element comes shining through, bringing a rich fruity element to the whiskey

After the recent release of Midleton Very Rare Silent Distillery Collection Chapter One for €35,000 a bottle, the latest expression of Redbreast, a 27-year-old single pot still whiskey from Irish Distillers, seems positively cheap at €495 a bottle.

Redbreast was originally a Jameson whiskey aged by Gilbeys wine merchants. The company matured the spirit in both bourbon and oloroso casks, giving it a pronounced flavour of aged sherry. All of the Redbreast whiskeys remain true to this style, including the Redbreast Lustau Edition, which has wonderful rich complex flavours of oloroso sherry. The award-winning Redbreast 12-year-old single pot still (€60) is one of my favourite tipples.

This latest expression of Redbreast has been matured in both bourbon and sherry casks as well as, for the first time, ruby port casks to bring even more complexity and depth. “It’s not a port cask finish whiskey,” says Dave McCabe who, with Billy Leighton, looks after the blending at Redbreast. “We have taken a collection of whiskies, each individually aged in different ways. We used first and second fill bourbon, we have oloroso sherry, and we have the ruby port casks.”

The port and sherry components make up more than 25 per cent of the blend. The port barrels were first seasoned with red wine for a year, and then Sandeman ruby port for a year in the Douro Valley. In 1995 they were shipped from Oporto to Midleton to be filled with whiskey that had been aged in bourbon casks since 1989. This is not a once-off release. There are plans to release a single batch of this expression every year, a mere 850 cases for the entire world.

Certainly, the port element comes shining through, bringing a rich fruity element to the whiskey. The intense nose has cassis, dark chocolate and dried fruits, leading on to a powerful, concentrated palate with morello cherries, dark fruits, Christmas cake spices and more chocolate. The finish, as befitting a whiskey at this price, is long and dry with toasted wood, and sweet dark fruits.