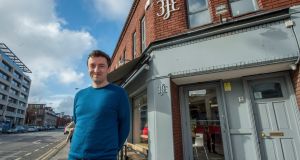 The front line of the VAT hikes which hit the hospitality sector as the new year dawned has been the country’s coffee shops, where the price of a caffeine hit has climbed by between 10 and 20 cent in many places.

Although some consumers have been annoyed by the price increases, the people who are expressing most of the anger are the business owners, who say they have had no choice but to impose them on their customers.

A recession concession saw the rate of VAT which applied to the hospitality sector fall from 13.5 to 9 per cent in 2011 as the Government sought to protect tourism from the worst ravages of the economic collapse.

That tax cut came at a total cost of €2.7 billion over seven years but with the tourism sector booming in 2018, the Minister for Finance Paschal Donohoe announced that the full rate was being restored across the sector.

As coffee shop owners passed on the increase to customers through across the board price hikes this week, baristas across the country found themselves in the firing line.

Colin Harmon, owner and managing director of 3fe Coffee, which has retail shops and a roastery in Dublin, issued a plea via his Twitter social media account. “Please be understanding with staff in coffee shops around the country today. We aren’t raising our prices, the government are raising theirs,” he said.

The cost of a cup of coffee at 3fe has increased from €3.50 to €3.65 and Mr Harmon said most of his customers “understand that they can get cheaper coffee in a lot of places, but they choose to come to us because they know that we put a focus on quality.”

He said the response to the price increases had been mixed. “We’ve had some angry reactions, but mostly from people on the internet who don’t even come to 3fe. Most people in real life are very understanding. We’ve also brought in a system where you get a 15 cent discount if you bring a reusable cup, so that gives people the option to sidestep the hike and do their bit for the environment too.”

He spent much of the week fielding comments on social media connected to a graphic he reproduced from his book, What I Know About Running Coffee Shops, which indicated that the VAT increase, if not passed on to customers, would halve the net profit on each cup he sells, from 26 cent to 13 cent.

“The industry standard is to have staff cost at around 30 per cent of net turnover, and rent and rates should be around 10 per cent. Cafes and restaurants that close often blame the rent cost, but usually it is the staff or product costs that kill them.

“At any one time there could be eight people working at 3fe on Grand Canal Street, then you have holiday pay, employers’ PRSI and so on, to add to that. People also tend to see the place when it is busy, but if you are not busy for a few hours, you can’t just clock everyone off, you have to keep paying them even when the place is empty.”

“Everyone knows that coffee has a high margin but that is a gross margin on a relatively low ticket item, so you need to sell a lot of them to make it work,” he said. “If we were to absorb the extra 13 cent in VAT, in this instance it would have quite a drastic effect on the business.”

Caroline Sleiman, joint-owner of the Coffee Angel coffee chain echoed his concerns and said the increase was “a cost that the business cannot sustain”. She pointed to increases “across the board” including rent, local authority rates and labour, “and most importantly the cost of coffee continues to increase.”

Similar concerns were voiced by Vanessa Clarke of the Good Food Store in Dublin 2. “Small businesses have had to absorb so many costs and have been squeezed so hard with everything from an increase in the minimum wage to higher rents and rates and water charges, to this latest tax increase,” she said

“I think for many of us the VAT increase is the straw that has broken the camel’s back. We can’t afford it and we can’t absorb it.”

She said that while customers had noticed that the price of a cup of coffee had gone from €2.80 to €2.95, they were supportive of the move and were blaming the Government for the increase.

At Proper Order coffee in Dublin 7, owner Niall Wynn has also passed the increase on to customers, raising the cost of a cup of house brew from €3 to €3.15. “Most customers were aware of the VAT increase through media and social platforms. That softened the blow for us a little bit,” he said.

Larger chains have also increased prices. Frank and Honest has 10 coffee shops, plus 610 sales outlets at petrol stations and convenience stores across Ireland. A regular self-serve Americano at the chain has increased from €2.60 to €2.70, while a large self-serve cappuccino now costs €3, as against €2.90.

The chain’s chief executive Harry O’Kelly told The Irish Times that there was “no choice but to put prices up as a result of increases to VAT and other costs” and he expressed the hope that customers would “understand that we can’t absorb these cost increases”.

He said that back in 2011 when the VAT cut was rolled out, Insomnia had plans to increase prices as a result of cost increases “in what was a particularly challenging period”. However the cut “meant that we didn’t effect the planned price increases but kept prices the same.”

He suggested that consumers were “very savvy and completely aware the increases are only in response to the VAT increase and necessary for the business. We are transparent in our pricing and confident in our product and quality and believe our customers are too.”

It’s not just coffee shops that have been forced to reassess their pricing strategy this week. Gareth (Gaz) Smith, chef proprietor of Michael’s, a neighbourhood restaurant in Mount Merrion in south Co Dublin, will be increasing prices in line with the VAT hike.

“Unfortunately we will have to pass it on. I don’t know anybody in a position to absorb it. The net margins are so tight (around 7-8 per cent) that a 4.5 per cent jump will put people out of business if they don’t pass it on.

“We will round down to the nearest 10 cent to make it look more aesthetic, but I am going to have to change the name of my €20 Two Course Tuesdays offer.

Smith says the increase will threaten the viability of small independent businesses such as his. “Anybody who has opened since the reduction was initiated isn’t seeing a restoration, we’re only seeing a hike. We would have all formed our business plans based on the 9 per cent rate.

“The bi-monthly VAT bill in its current form is like getting the legs chopped out from under you, and it has just got worse. And the timing couldn’t be worse. Brexit is weeks away and it could hit us hard.

“A cohort of small, independent Irish restaurateurs have spent the past 10 years pushing and promoting small, indie, mom ‘n’ pop joints like ours. Genuine, hard working people creating interesting spaces and food. We’re not corporations, swerving taxes and snapping up every unit available and turning them into soulless rooms. Us small independents will be the first ones to go; we don’t have the bankroll to see us through turbulent times.”