A seasonal meat that is deer to Irish taste buds 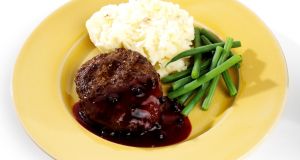 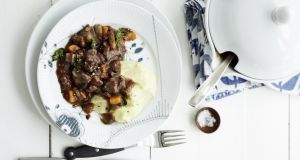 Venison stew: the tougher meat (such as the haunch) can be stewed in the same way as lamb or mutton

About 10,000 years ago, the red deer (along with the elk and reindeer) became extinct in Ireland. This was due to a severe cold spell, called the Nahanagan stadial that saw a large amount of glacial ice and bad weather fall over the island.

This period would have wiped out any human inhabitants (if there were any), but we have yet to find a record of people living in Ireland before this period.

There are three species of deer living wild in Ireland today: red deer, fallow deer and sika deer. All have interesting origins outside Ireland.

Fallow deer were introduced by the Normans during the 12th century, while sika deer were brought to Powerscourt Park in 1860.

Deer, or what we call venison in the restaurant industry, is a popular choice of meat for many people in Ireland. We serve it in all our restaurants, both as a tapa, a tartare and as a main course.

The tender meat can be cooked the same was as beef steak, while the tougher meat (such as the haunch) can be stewed in the same way as lamb or mutton. It pairs beautifully with mashed potato and a rich onion gravy.

The popularity of venison seems to have gained more ground since the outset of the Celtic Tiger. I wonder is it because as “game” it would have been more associated with the landed or upper classes in Ireland before independence and the early years of the Free State. I don’t remember anyone eating venison when I was growing up in the 1980s.

Perhaps it was a country thing, if your parents owned a shotgun. Maybe you just went out to shoot it for your dinner, while we townies bought mutton in the local butcher for our stew. Deer season is nearly at an end so do try to enjoy some before the end of January.