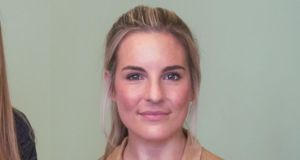 Dr Jennifer Cassidy is a lecturer at the University of Oxford, one of three British universities where student unions voted in favour of assisting Irish students to travel back to vote in the Eighth Amendment referendum

Tears poured silently down my face as the Oxford Student’s Union debated the merits of the proposed motion: should eligible Irish students, regardless of means or voting preference, be financially supported to exercise their democratic right in Ireland’s upcoming referendum on the Eighth Amendment?

There was something about my law, Ireland’s law, being read out in a country that it did not extend to, and to a group of people to whom it did not directly affect, that instantly struck me. Hearing it read out loud to the room only confirmed to me how archaic the law is, and how disempowered the women of Ireland are, when it comes to their right to bodily autonomy.

Irish electoral law currently excludes Irish citizens living outside the State from voting, unless they have been abroad for less than 18 months, and intend to return within that timeframe. Even those who are eligible must travel back to their home constituency to cast their ballot, at a cost that prohibits many.

The Eighth Amendment is a highly emotive issue for the nation, with families spilt across gender and age. Yet whether one sits firmly in the Yes or the No camp ahead of this referendum, I think we can all agree that the power of the Irish vote is sacred. Eligible Irish voters should, under no circumstances, be denied their democratic right to shape the future of Ireland.

The Union agreed with this statement, passing the motion to financially assist Irish students to return home to vote. A sum of £55 (€62.50) would be provided to any student who wished to travel and vote on May 25th, regardless of voting preference.

In another act of solidarity, this figure was matched by the National Union of Students, who had an existing travel fund, which students’ unions across the UK could apply to in order to subsidise their own funds.

The University of Nottingham and the University of Birmingham passed motions in the same spirit directly after the Oxford vote. The interminable work of these organisations and the individuals who spearheaded this effort was huge. This is a once in a generation opportunity to create the kind of Ireland that believes in compassion, equality, dignity and respect. These people and their work will stand on the right side of history.

Tears poured silently down my face at Oxfords Student Council yst. A small number of Irish students sat in the middle of the room as our motion to fund Irish students to go #HomeToVote was debated & passed.

Due to Ireland’s restrictive voting laws, I will not be one of these emigrants flying home to vote this week. But I will return to pay witness to this historic moment, and to stand in solidarity with those who have supported and tirelessly campaigned to repeal the Eighth Amendment.

As a 31-year-old Irish woman, born four years after the last referendum on this divisive issue, the fact that I cannot walk into a polling station, take my ballot and cast a vote is something I have struggled with since the referendum date was called. I was born in Ireland, raised in Ireland, and educated there for 18 years. I intend to return, and build my future on Irish soil.

I left the country to pursue a PhD in International Relations, choosing to attend a university which engages in cutting edge research on this topic. On completion of my doctorate, I was fortunate to receive a lectureship here, teaching political science and digital diplomacy. But in return, I waived my right to vote. As the referendum draws near, these feelings of disenfranchisement and disempowerment have only increased.

No words can describe the feeling of not being able to actively participate in how your nation’s narrative will be sculpted, and what its future will look like. It is for this very reason that the #Hometovote movement has resonated so strongly across the globe.

Perhaps the power of its echo stems from the universal acceptance that the narrative of our nation is one of immigrants and emigrants. The notion of what Mary Robinson called “the Fifth Province” reminds us that the definition of Irishness does not stop at Ireland’s shores; people on every continent feel a deep connection both to Ireland’s past and its future.

Although it is neither a quantifiable nor objective truth, it is my belief that this connection has compelled the Irish diaspora abroad, to work by any means possible, towards the outcome they wish to see announced on May 26th. Within the bounds of the law, this work has involved anything from being an active voice online, engaging with events and fundraising abroad, to simply having an uncomfortable conversation with a close family relative on where you stand and why.

The motion of the Oxford Students Union, alongside the work of the National Union of Students and other universities across the UK, are prime examples of the active support given to the #Hometovote movement. When posting on my Twitter feed that the motion had passed, the outpouring of support from those on the ground was exceptional.

This support did fall under the increasing act of “clicktivism” (support which begins and end in the virtual world), but emerged as true, concrete and tangible acts of solidarity. For every airport we have on Irish soil, we had 10 people volunteering to collect and drive voters from Arrivals to the polls. For me, it was a rare moment of hope and promise in an otherwise volatile campaign.

Until the result is called, it is difficult to say what the efforts of the Irish abroad will bring about, and the direct impact it will have on the outcome of the referendum itself. As a political scientist, I would hesitate in quantifying or making any hard predictions.

But if the history of Ireland has told us anything, it is that seismic shifts of change rarely happen by a sweeping majority. I believe the people of Ireland can take no chances when it comes to ensuring their desired outcome on May 26th.

So, when the votes are tallied and the referendum result is called, may the Irish diaspora stand firm in the knowledge that we did all we could.

Dr Jennifer Cassidy is lecturer in International Relations at the University of Oxford.