The little things that matter most to those far from home 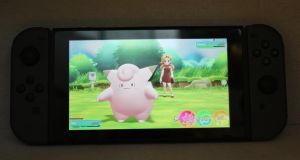 Something as simple as walking around and playing Pokémon is comforting

It has often been said that it is the little things in life that matter most. While this  adage may not always ring true, it does seem to take on a greater significance to those who find themselves far from their families, friends or homelands.

Last year at Epic the Irish Emigration Museum, to mark the centenary of partial women’s suffrage, we invited both Irish women living abroad and women from around the world who have made Ireland their home to share the stories of objects that they feel have symbolised their journeys, or empowered them to achieve remarkable things. The diversity of the stories submitted was inspiring, and while no two women had the exactly the same experiences, certain trends and themes did emerge overtime.

The first trend to emerge was the ability of certain objects to lift the spirits of the participants. Nikki Smith, a recent college graduate who was just about to embark on a new life in London, said has always been fascinated with technology and her Nintendo Switch has become a symbol of continuity.

“There are a lot of things I’ll miss. So I suppose that something like a video game console is something I have always had in my life. It’s like a little bit of home coming with me. Something as simple as walking around and playing Pokémon is comforting.”

She wasn’t the only one who felt a treasured keepsake helped them overcome feelings of homesickness. Edine, a Hungarian student living in Ireland who has previously lived in Japan never travels anywhere without her favourite ring.

“Part of living out of a suitcase is that you don’t get to bring stuff around with you. But with jewellery, you don’t have to pack it in to [a]20kg bag, you can just wear it! I can wear this ring every day and it’s always with me, wherever I am. Ireland is not too far but when I was in Japan… Asia is so far away and yet I have my bit of home with this ring. So I don’t feel so far away. It’s tiny but it expresses a huge value. It’s something I always carry with me and always wear.”

Sometimes something as simple as a ring can even come to symbolise our very identity. Erin McNulty, an Irish-American woman living in Dublin, never removes two rings she used to tell her story.

For others the objects they can’t afford to part with are those they find the most practical. Dana, a stage lighting technician from the US, has spent the last number of years at sea working aboard cruise liners all over the world.

“…the things I take with me are hugely significant. I normally have my journal and a fountain pen, a good Bluetooth speaker, pictures of my family and friends and about 38 feet of string lights! But most important of all is my scarf; I never travel without it. I bought it as a freshman in college and it has been a scarf, a towel, a skirt, a wall hanging, a headscarf in several churches, a pillow on trains, a curtain over my bed or bunk, a backpack and a handbag! It’s been to every country I have and more than anything else represents my many journeys.”

Though of seemingly minor value each of these objects has played a significant role in helping these women cope with the period of ephemeral nature of migration. The items themselves are often small and portable but emotionally potent, proving that perhaps it really is the little things that matter most.

If you’ve got a migration story you’d like to share, visit Epic the Irish Emigration Museum on May 18th (International Museum Day) for their next collecting day, held in conjunction with the Bealtaine festival.

This article was written by Nathan Mannion, senior curator of Epic the Irish Emigration Museum in Dublin’s Docklands, an interactive museum that tells the story of how the Irish shaped and influenced the world. epicchq.com