‘It’s tiring being an expat. I’m ready to be Irish again, to belong’

But Ireland has changed a lot in my absence. I’m not sure how I will fit in 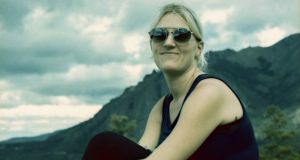 ‘ I changed career, learned a new language, found my passion. It was exciting, liberating, and, at times, really lonely.’

“I’m moving back to Europe”. This is my line about leaving Argentina in May. After five years of inflation, instability and muling basic necessities like underwear across borders to the end of the world, I’m ready for regulation, stability, and shopping for undies in the M&S down the road.

But I’m not moving home to Ireland. Not yet, at least.

Being Irish, there’s always the sense that you’re from Europe, yet you’re not really European. This is my attempt to smooth the transition by framing it in the wider context of the continent. “Europe” could mean Madrid, possibly Rome, but probably Berlin. It’s a buffer, lest anyone, even me, get any notions that I’ll be back in Dublin for good.

The truth is, I’m hoping Ireland will charm me into staying. A lot has changed since I left in 2009 with so many of us edged out by the recession. I did my time in London and then, disillusioned, moved to South America. I changed career, learned a new language, found my passion. It was exciting, liberating, and, at times, really lonely.

But it takes courage to grow, and Ireland has grown too. “Sure Dublin’s great now,” I’m frequently told, “loads going on”. Gay marriage is legal. The eighth amendment will (hopefully) be repealed. The country is full of Brazilians, Poles, Spaniards, Turks. I want to succumb to the allure of the proper pronunciation of my name, the pubs, the pints, my family, my friends and the grey-on-green of the old sod. That’s all worth staying for, right?

But not all the changes are so comforting. My parents have downsized, moved out of town to the coast. A lot of my friends still live in London, or are married and expecting. Homeless people who could be my cousin or an old teacher line the streets and die in doorways. The Government eschews collecting Apple’s corporation tax, yet the public is still picking up the pieces of the fallout in 2008.

What affords me a comfortable life in Buenos Aires would barely cover rent in Dublin, and I value the autonomy and flexibility of my freelance lifestyle here too much to go back to a nine to five job. I don’t believe in feeding the possession obsession only for it to blow up again, covering us in a dust of negative equity and I told you sos. Ireland is divided, and my feelings towards it are divided too.

I wonder if returning to this new Ireland will be like running into an ex-boyfriend. One who now works for Facebook, is knee deep in cryptocurrency, keen on Crossfit and can count the offers he’s put in for a Georgian redbrick in Dublin 8.

I’ll watch this new Ireland with a guarded eye, sizing up the rebooted version of the person I used to know. Will he take the piss out of my neutralised accent? Judge my tattoos? Ask me where my Argentinian fella is and fill the awkward silence with a swig of Guinness when I say I don’t have one? Will there still be a spark, or will the gulf between us have grown so large that there’s nothing to rekindle?

This is the real appeal of Europe: not wanting to confront a mutual rejection, me of Ireland and Ireland of me. Of weighing up the odds and acquiescing to the fact that we’re just not right for each other.

Dublin feels so familiar. It’s a city shrunk to “town”, where the only sides are north and south. It ends in C-shaped bay that traps or hugs you, depending on your lust to wander or to settle down.

I like living abroad. The sway and lilt of foreign tongues, the prospect of the unknown, the satisfaction of attuning to the nuances of another culture. It always feels exotic. Leaving Buenos Aires will be like letting go of a great love because, sometimes, love alone just isn’t enough. So much more needs to align: timing, a shared vision of the future, accepting each other’s differences. Sadly, there’s just no future for us.

On the coast where my parents live now, the air is salty and brusque. It’s a constant reminder that our friendly, floating isle is not physically connected to anything but itself. Yes, I am an islander, but I am not an island, and part of me longs to fill the hole that leaving Ireland has left in me.

Returning home may leave us both scorned, but what it if doesn’t? Friends who came back recently have opened restaurants, made films, written books. They are flourishing in an Ireland laden with creative possibilities. I have perspective, experience and resilience to contribute. The Ireland that would keep me is rooted in a tradition of culture and community, and my identity is bound to it. No matter how slack the tether has become along the way, it can always be pulled taut.

Ten years ago, I was still living at home having just finished a gruelling architecture degree. I was 24. I didn’t feel like there was space for me in Ireland then. Maybe there is now. I’ve never lived in Ireland on my own terms, as an independent adult. It’s tiring being an expat, a foreigner, a faux-European on the other side of the world. Maybe I’m ready to be Irish again, to belong.

And if not, at least Berlin is a lot closer to home.