Irish property crash prompted me to sell up and move Stateside 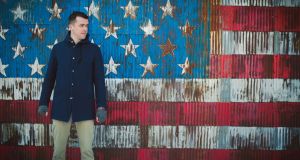 ‘I’m okay dealing with a landlord again, and couldn’t disagree more with the notion that rent is inherently wasted money.’ Photograph: Maansi Jain

Almost 10 years ago, I became a twenty-something homeowner with a property on the outskirts of Navan. My younger brother had just emigrated to Perth, having caught the travel bug following a brief stint in Poland a short time earlier. For me, moving overseas came a little further down the line, and for entirely different reasons.

By the summer of 2009, the extent of the property crash in Ireland was increasingly clear, and the house I owned had dropped to about two-thirds of its original value. While this dry statistic wasn’t of immediate concern in itself, my meagre salary as an academic researcher was soon to dry up. Something had to give.

So one July evening, I sat down, pondered the situation, and studied the numbers. Thankfully, a short work visit to Vanderbilt University in Nashville the previous winter had given me some alternative perspective that proved invaluable.

I recalled, for example, how walking back to my temporary accommodation one evening, around the time of the economic bailout, I passed a well-dressed, middle-aged couple, appearing to beg for money. It was obvious these folks weren’t beggars by trade, but had possibly just lost their income or home in sudden circumstances.

I remembered being surprised also, coming from the Irish perspective, at the unsettlingly reasonable price of Nashville property. In the trendy area of Hillsboro Village, for example, one-bedroom apartments were advertised in the $100,000- $150,000 range, a fraction of the price for something comparable in Dublin at that time.

Back in Navan that July evening, these recollections convinced me of several things – that Irish property prices were bloated beyond all comparison, that the drop in prices would continue well beyond 2009, and that any notion of a later recovery was a myth.

With some back-of-the-envelope calculations, and a gut that I was increasingly willing to trust over the latest property supplement, I figured that prices would likely not rise to the same level again for a decade or more. So the choice seemed simple: it was either sell the property before prices fell any further, or be unable to sell for a very long time.

Big decisions are best made in pairs. Thanks to the financial support of family, and to the work contacts I had made in the US, I decided to sell the house and re-train overseas.

Within a few weeks, the estate agent was in, measuring the house and preparing the info-pack for prospective buyers. I remember her quizzing me on my move overseas.

“Would you not be better renting the house out for now, and waiting for it to recover in value?” she asked.

I certainly could have. But that would have meant either a lifetime of playing landlord around Navan, or a lifetime of distant Skype conversations with ageing parents, who would no doubt promise to “help out with the renting”.

The house sale went through just before Christmas 2009. Three weeks later, during the bad snowstorm of January 2010, I arrived at Dublin Airport, visa and flight ticket in hand. Two days and several cancelled flights later, I found myself back across the Atlantic, where I would spend much of the next year, an adoptee of Music City herself – Nashville, Tennessee.

But the South was only a brief pit stop. Later that year, I received offers to join PhD programmes in San Diego and New York. So in September 2010, I moved once again, this time to begin training as a computational neuroscientist at New York University, a lifetime away from the rolling fields back home.

Arriving with a ready-made network of contacts is by far the best way to approach a place like New York, and was a great advantage in the first year or two here. There was always an excuse to get food, attend some one-off event, or grab a beer after work in some unexplored corner of the city. Inevitably, I also soon became a part-time tour guide to visiting friends and family.

After navigating the city’s apartment market a little, I eventually settled in a rough-and-ready old factory building in Brooklyn, where I’ve been for five years now. I’m okay dealing with a landlord again, and couldn’t disagree more with the notion that rent is inherently wasted money; such thinking should never trump the bigger considerations in life.

Having graduated last year, I’ve now turned my skills to working as a data scientist in industry, where career prospects are substantially stronger than in research. There are tons of relevant opportunities in the city and beyond.

Outside of work, I’ve also recently taken to the very welcoming amateur music scene here, playing the occasional songwriter set at local folk venues such as Pete’s Candy Store and Rockwood Music Hall. Turns out I may have soaked up more in Nashville than I first thought.

Stuart Jackson obtained a PhD in Neural Science from NYU in 2016. He recently joined IBM as a data scientist. He blogs at stuartjackson.us