Am I entitled to a tax refund after moving home from Australia? 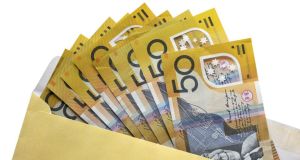 I moved back from Australia last year. I was working there for almost four years. I think I could be entitled to a tax or superannuation refund, but don’t know how to go about this. Where do I start? I’ve also heard there have been changes to the tax system which are coming in soon. Do I have time to apply before these kick in? Thanks.

A tax return can be lodged for all the tax years that you worked in Australia. In fact, every individual who paid taxes in Australia has the obligation to lodge a tax return and the non-lodgement may result in penalties imposed by the tax office.

Usually the tax return lodgement deadline is by October 31st after each tax year end (June 30th). Using a tax agent may extend this for you and could even result in not applying the late lodgement penalty mentioned above.

In the case that you have overpaid taxes in Australia the tax return may result in a refund, or a tax obligation if the tax paid is less than the required amount by the law.

The tax changes that came into force from January 1st 2017, only apply to Working Holiday Visa makers (visa subclass 417 and 462). So if you were on another visa in Australia you won’t be affected. Also, these changes will not be backdated and so will only impact tax returns for the current tax year in Australia ( July 1st 2016 – June 30th 2017). All the previous tax years will still be reviewed as per the previous WHV tax regulations.

In terms of superannuation refunds, superannuation is a percentage of your salary that is put towards a retirement fund. It is not deducted from your earnings, but is subsidised by your employer and collected as part of your income tax each month. As a temporary visa holder, you can access the superannuation after you depart Australia permanently. This can result in a payment of several thousand euro, depending on how much you were earning, what visa you were on, and other variables.

You can claim your Departing Australia Superannuation Payment (DASP) by submitting a form online or by post. See www.ato.gov.au/individuals/super/in-detail/withdrawing-and-paying-tax/super-information-for-temporary-residents-departing-australia.

The WHV taxation changes will affect the superannuation claims. The new taxations rules are as follows:

If you hold or have held a 417 or 462 visa and had ‘super’ contributed for you while working under either of these visas and DASP is paid to you on or after July 1st 2017, then a 65 per cent tax rate will apply to your total DASP amount. Payments made before July 1st 2017 will be taxed at the current rate, which is 38 per cent for a taxed-element.

So basically, the ‘super’ refund is still available but for the relevant visa holders the amount of the tax has been increased which will practically result in no Superannuation refunds for the low wage earners and decreased refunds for the rest.

Barry Flanagan is a senior tax and payroll manager with taxback.com.

Have a query for our panel of experts about emigrating, life abroad or moving home? Email them to abroad@irishtimes.com. This column is a reader service and is not intended to replace professional advice.