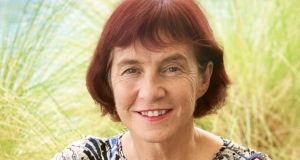 Originally from Limerick, Brosnan says her early interest in the environment was born on the shores of the Atlantic Ocean, where she spent much of her childhood.

“We used to visit Kilkee in Co Clare and I was enamoured not just with the rich and productive waters off the Irish coast, but also the communities who worked in them.” After completing an internship on a fishery near her home, Brosnan knew her path would involve the study of marine life and she chose to do a primary degree in science at what is now NUIG.

“In the 1980s not that many people had an interest in science compared to now but, for me, there was more than just research and labs. I gained a great interest in the technology and the people affected by environmental issues.”

After completing an MSc in marine biology, also in Galway, Brosnan relocated to the United States to complete her PhD in marine ecology, which involved studying climate change at the University of Oregon. “This was before the term was widely used and the extent of damage caused by CO2 emissions was yet to be fathomed.”

First-hand experience of two disasters led to an involvement and interest in hazard and disaster zones.

In 1995 Brosnan was conducting an underwater research dive in Montserrat in the Caribbean when the Soufrière volcano erupted, destroying the capital city and surrounding communities. She responded by designing a new port and town, moving a coral reef and providing leadership and support to communities.

Brosnan also survived the Singapore Airlines 747 crash in Taipei in 2000, which killed 81 people. The aircraft, which took off during a typhoon, crashed into construction equipment at the airport.

“As we were about to take off there was a bang and then another bang and the panels of the plane fell on top of me. Then everything went quiet,” she says.

After miraculously escaping a fire that engulfed the aircraft with her husband, she helped save the lives of other passengers and became a recipient of a Red Cross humanitarian award.

The events turned her focus to marine recovery efforts, assisting communities and businesses, fostering nature-based and engineering solutions. In 2004 she returned to southeast Asia to help it recover after the devastating tsunami that hit the region.

In 2012 she founded Deborah Brosnan & Associates, an international scientific consulting company that provides solutions to environmental risks and climate change. Her clients come from the private sector as well as governments and the NGO sector.

“We focus on ecological and resilience science and the effects of natural and human-induced hazards and disasters on ecosystems, natural resources and the people who depend on them.

“We help clients manage environmental risks, develop environmental strategies that support the environment as well as business and community and find solutions to problems including oceans and land management, endangered species, sea level rise and climate-change and disaster-risk reduction.”

Brosnan has also worked on projects including tsunami hazard planning for the California coast, restoration of the Everglades in Florida, land water management and use in the Missouri river, the integration of conservation science and policy, El Niño Southern Oscillations (Enso) and their impacts on marine populations and many more.

She is a member of several boards, including that of Project Aware, and is president and chairwoman of the board of trustees for the Ireland America Science Forum, which builds links in the Irish scientific diaspora.

“Relations between the US and Ireland are as strong as ever, especially here in Washington. The US has changed a lot since I’ve been here but, ultimately, the American ability to think big, be creative and open to opportunities is always here. If you show up, you’re willing to work and you have ideas, they will welcome you and champion you.

“Ireland is world leading in science and technology and we punch above our weight, so Irish people are very welcomed here.”

Brosnan believes the US still offers opportunities that aren’t available in Ireland. “I think if I had stayed home, my career would not have been as varied. You can reinvent yourself over here. It’s a great place to have a great career, not just in academia and entrepreneurship, but beyond.

“Going abroad forced me to challenge assumptions that I had,” she says. “I was lucky enough to get a green card – it is harder to get in the door now, but it’s still open if you are willing to work hard when you come in.”

Brosnan says that because of Covid-19 and climate change, science is experiencing a golden age.

“The work that is going on in the last 12 months is unprecedented. Global leaders are taking more action in the fight against climate change by investing in infrastructures and green initiatives.”

People are enjoying a bigger connection with nature. “The first months of lockdown in particular, people enjoyed the fresh, crisp air they were breathing. They started to see the natural world through a different prism.”

Brosnan says that our warming world is pushing animals and their viruses closer to humans, making it unlikely that the current pandemic will be our last.

“If we stay on our present course things will only get worse. So in terms of demonstrating urgency, Covid-19 is a game-changer that has to be taken seriously.”

The solutions to saving the planet, she says, are cross-communicable. Working on a local level to have global effects is how we can tackle climate change – starting with planting trees and rewilding.

Brosnan says there is a disconnect between scientists and members of the population and this has created mistrust. “We have to find a way to better engage with people. It’s important they understand that we [scientists] are fallible. We can get coronavirus and are also affected by climate change, it’s not just a case of us and then everyone else.

“The trick now is to get across a message of public health, while trying to figure out a solution.”

Brosnan, who has two adult children, is based in Washington DC, New York and St Barthelemy in the Caribbean.

She is working on shifting climate action into the next gear.

“And there’s only one way to do that. Whether we environmentalists like it or not, money is the prime mover for a meaningful response at scale. If we’re serious about minimising the damage from a warming world, we must align market incentives with more environmentally responsible decision-making.”