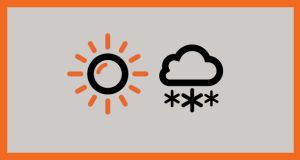 An important element of life in the Islamic Gulf States is how women are treated, and this tends to vary depending on the strictness of the regime in each of the states.

If you are moving to the Gulf, culture is the one area where you will need an open mind and have to take time to adjust to, says Noel Scanlon, a project manager who lived in Riyadh in Saudi Arabia for two years.

According to Nora McCarron, who has been working as a nurse in Saudi Arabia for the past 12 years and is president of the Riyadh Irish Society, most people adapt to the cultural differences in time. “The most important thing about coming to any Middle Eastern country is to understand the culture,” she says. “As long as you have respect for Islamic values, the Saudis are the loveliest people. The Irish are particularly popular, because they know we are very family-orientated.

“The way of life varies depending on where you live. In the city of Riyadh, there is every shop or restaurant chain you could imagine. But for those living outside the city it is different. I live on a British aerospace compound 60km from the city, which is beautifully maintained with all the facilities you would need, but once you step outside the gate you are in the middle of the desert.”

Religion
Religion is at the heart of life in the Gulf States. Prayer times are strictly observed five times a day in Saudi Arabia, “which in everyday life means that shops and retail business close for this time period (for about 30 minutes),” Scanlon says, while a religious police (“Hay’ah” or more informally “Muttawa”) essentially enforce compliance with Islamic and Wahabi norms in the kingdom.

“They wear traditional Thobe and sandals, and are often accompanied by regular police as they no longer have the power of arrest. They ensure businesses are closed on time, that people are attending to their prayers and that women and men are dressed appropriately. In general, they are to be avoided at all costs. They generally leave westerners alone, however there have been some incidents over the years when things have escalated,” notes Scanlon.

It took him about four to six months to adjust to life in Saudi Arabia. “There’s no point trying to ignore it, it’s a question of coming to terms with it,” he advises.

Business environment
Doing business can also be a culture shock across the region.

“It is a difficult and frustrating region to do business in,” says Dearbhalla Baviera, who spent three years living in Abu Dhabi. “As an expat you are very aware that you are a guest in that country. If things are going well, everything is great. But if something goes wrong it can go wrong very quickly. One thing that we had to adapt to was that ‘temporary’ feeling.”

Bernard Creed, vice president of finance with Dubai Duty Free and chairman of the Irish Business Network, agrees there are “cultural sensitivities that one needs to be aware of”. He says the start of a business meeting is very much a social part, which will take much longer than it would in Ireland where it is down to business pretty early.

“Relationships are important and taking the time to get to know who you are meeting is important and is considered polite,” he says.

But there are similarities between Ireland and the region.

“Doing business here I find very satisfying; the Arabic way is similar to back home   very friendly, welcoming and helpful,” says Jacqueline Platt, who moved to Abu Dhabi from Waringstown, a small village in Co Down 16 years ago. She now runs estate agent Pink Property, a sales and letting agency.

Alcohol and pork
Alcohol is restricted, but the strictness of this depends on where you live. In Qatar, the only place you can buy alcohol is the Qatar Distribution Company, which has two outlets, one in Doha. In the UAE and Qatar, many hotels and golf clubs will serve alcohol, but it is extremely difficult to come by in Saudi Arabia.

Remember also that you are unlikely to find pork in the Gulf States – and you are not allowed bring it in either – although some outlets, such as the Qatar Distribution Company stock it.

Women
An important element of life in the Islamic Gulf States is how women are treated, and this tends to vary depending on the strictness of the regime in each of the states.

In Saudi Arabia, the environment can be extreme. Women can’t drive and the sexes are not allowed to mix either in the workplace or socially.

But Scanlon says “real progress” has been made in some sectors such as health and education, where it’s common now to have Saudi nurses, dentists, and teachers. He has also recently noticed “women-only” check-outs in the larger supermarkets, equipped with screens that allow Saudi women to work as cashiers.

After 10 years in Oman, on the other hand, Andrea Linehan found the culture very much embraced women.

“I can unequivocally say I was always treated with the utmost respect and never did I feel I had to change to be accepted by the locals. I did not have to cover my face or my hair. I never felt restricted in my choice of clothing. I would always be respectful and mindful of what I wore but no differently than I do when in a professional environment here (in Ireland),” she says.

As a woman in Abu Dhabi, Baviera found it “absolutely fine” in terms of driving, dressing and freedom of movement. However, she notes that if you move out as an expat wife, it will mean you are on your husband’s visa and he is responsible for you.

“For example, I was not able to have a debit card or account in my name as I was not working. If I did anything wrong, my husband would have been held accountable,” she says, recalling how her husband was notified by airport security one time when she was leaving the country.

Quality of life
But quality of life is typically high, and two years since coming home, Baviera still misses aspects of life in Abu Dhabi.

“I miss that for half the year, the weather was perfect. Outdoor activities, play dates by the (outdoor) swimming pool . . . People are open to meeting new people, doing different things (for example camping in the dessert) and having the disposable income to do the fun things and be a little adventurous,” she says.

Creed agrees the quality of life in nearby Dubai is “very high and there is never a shortage of things to do”. Irish community organisations including the Irish Business Network, the Dubai Irish Society, Dubai Irish Golf Society and the Dubai Celts (GAA) all organise regular social and networking events.

There are 10 GAA clubs in the region, with teams for men, women and children. Abu Dhabi hosted the first ever GAA World Games in March 2015.