What’s it like to go mad? Meet the man who found out 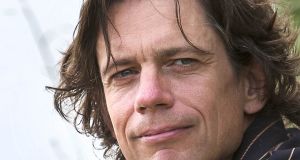 Wouter Kusters, author of A Philosophy of Madness: The Experience of Psychotic Thinking

Madness has always stalked the world of philosophy. David Hume and John Stuart Mill suffered nervous breakdowns in their youth.

Beyond full-blown psychosis, there is “a more common occurrence,” says Wouter Kusters. “A certain kind of consistent philosophising may very well result in confusion, paradoxes, unworldy insights, and circular frozenness that is reminiscent of madness – which in fact is what happened to quite a few philosophers who are far from unimportant.”

Kusters, a Dutch philosopher and linguist, has intimate knowledge of the subject, having experienced two episodes of psychosis 20 years apart. The last one came in 2007 when, while completing a research paper on mental disturbance, a combination of professional and personal stresses “plunged me right into the heart of the object itself: a full-blown acute psychosis”.

The episode informed his 2014 book A Philosophy of Madness: The Experience of Psychotic Thinking, a 770-page genre-busting publication which was recently released in an English translation by MIT Press.

To mark this feat, an international inter-disciplinary conference exploring the “seminal work” is taking place in September.

He speaks to Unthinkable in advance, fittingly on the one day of the year when we celebrate foolishness.

You explore madness through what you call “phenomenological psychiatry”, which is very effective in bringing out the richness of individual experience. But can it help in developing general theories surrounding madness?

Wouter Kusters: “I am not interested in developing a general theory about an empirical phenomenon. When writing I had in mind a reader like myself, but many years younger.

“I wanted to show to next generations what the pleasure, problems and pitfalls of philosophy are: its truths, its paradoxes, and the possibility of its concomitant real-life psychotic experiences, metaphorical high mountains and deep abysses. So I came to this field from a different angle than a psychologist, let alone a psychiatrist, developing a falsifiable general theory.

Pascal was also struck by the lightning of madness – or call it inspiration, or ‘divine insight’

“Let me add some background; after my own first psychosis in my early 20s, I did a PhD in linguistics, and then switched to a study of philosophy, with indeed a focus on phenomenology. Meanwhile I held this specific question in the back of my mind, ‘. . .and what about madness?’

“Then just a week after submitting my thesis on ‘psychosis and the experience of time’, I found myself locked up again for a second time in a psychiatric hospital because of an acute psychosis.

“But what I experienced in that period, was not like how it is usually described, as a state of confusion, incoherence, cognitive impairment and a diminished sense of reality. On the contrary, it was an intense state of deeper coherence, hyper-reflection – more intense, fast multidimensional thinking – and a sense of, lets say, hyper-reality.

“What I experienced then was a kind of Blaise Pascal moment. This French thinker was also struck by the lightning of madness – or call it inspiration, or ‘divine insight’. Pascal began then to write even more after having had his ‘extraordinary experience’, in a tone that became increasingly theological and philosophical.

“Although I do not want to compare myself with the genius of Pascal, at least I have also had a turn towards other spheres of interest, and have been writing much more than before my ‘hours of insight’. And in this I am to be sure not the only one, with such a deep life-changing crisis or experience, that is regarded by many others as just an illness, or mental health problem.”

You’ve an intriguing section in the book on Plato’s allegory of the cave, which is classically told as a story of systematic reasoning triumphing over ignorance. By your telling, however, “the escaped cave dweller is the mad mystic”. Why so?

“I discuss the striking similarities between mysticism and madness, by way of commenting on Plato’s cave allegory. Plato discusses the sudden glare of light experienced by the prisoner who frees himself from his chains and leaves the cave. At first the truth is painful to the eyes. The light is so bright that it’s impossible to distinguish one thing from another.

“The beginning is sudden, and we find that in the early phases of madness, you also tumble from one clear insight to another, while common distinctions become vague. Your outlook expands, your cosmos is enlarged, something is revealed, and the world becomes deeper.”

Madness can be terrifying but also, you say, “mysterious, meaningful, and seductive”. In what way?

“Psychosis often starts with fascination and incomprehension, the feeling that something is different, meaningful, and also dooming or hanging in the air – without knowing why or what it is about. The subsequent quest seduces you to find out more, to look behind the veil of the illusory world, to merge, in thought or in practice, with what Kant named the ‘Ding an Sich’.

“And I should stress here, that when one finds out that behind the veil there is just nothing, or that you see an enigmatic force of evil, quite terrifying labyrinthine worlds of madness may crystallize. These petrifying aspects should not be underestimated, and we should never let people there on their own.”

You conclude the book with your own meta-theory, claiming wisdom is revealed “only in the pattern of four” and – if I understand you correctly – proceed to explain madness under the metaphoric headings of earth, air, water and fire. I read the chapter a couple of times and I couldn’t comprehend it. Is there something wrong with me?

“Haha, then you have perhaps withstood the seduction of madness. After leaving phenomenology behind, and following and analysing Plato, but also Plotinus, Lacan, Sartre, Schelling and so on, I put my money where my mouth is, and let the solemn philosophies end up in the same realm as madness.

“After the first stage of describing and explaining madness, and the second stage of expressing madness, a third stage of evoking madness is reached. In that conclusion the philosopher has cogitated his head off, and the end turns back to the beginning, as mad ‘data’ for the phenomenological philosopher.

“The groundform of my book is the paradox, the Moebius strip, or the proverbial snake that eats its own tail. After all, my book can be read as a long footnote to Nietzsche’s ominous remark: ‘And when you stare for a long time into an abyss, the abyss stares back into you.’”

How do I know if I’ve gone mad?

Friedrich Nietzsche replies: “In individuals, insanity is rare; but in groups, parties, nations and epochs, it is the rule.”