So says playwright and actor Stefanie Preissner of trying to get your show noticed at the Fringe, which, like negotiating the hilly city itself, can be an uphill slog or a freewheeling delight 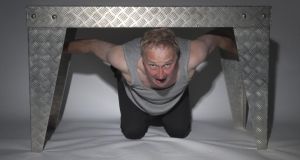 Donal O’Kelly in Fionnuala, a one-person show about the Shell Corrib gas project 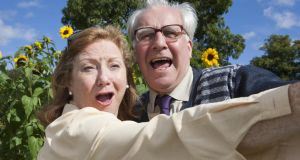 Anita Reeves and Stephen Brennan in These Halcyon Days 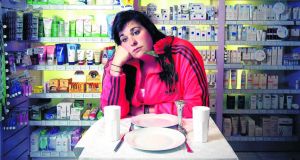 Stefanie Preissner in Solpadeine Is My Boyfriend. Photograph: Maciej Staroniewicz 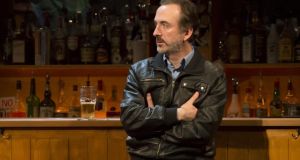 Anybody who visits Edinburgh in August will experience a daily combination of ease and struggle. That is the natural condition in one of the hilliest cities in Europe, where even the most modest journey may involve a steep ascent or a breezy, gravity-assisted shortcut.

For performers partaking in the biggest arts festival on earth, life on the Edinburgh Festival Fringe can seem similarly insurmountable or blessed with seemingly effortless momentum. For many, fighting for the attention of sympathetic critics and audiences, it’s an uphill struggle. For others, a couple of rave notices and coveted awards mean it’s all downhill from there.

Competing among 2,871 shows, spread between 273 venues in the Scottish capital, is like entering a huge art casino, where both audiences and artists are inclined to take big risks. This year, the gamble already seems to have paid off handsomely for Irish work at the festival, some of which is visiting with the support of Culture Ireland, which presents an annual Irish showcase during the festivals, and some of which is operating with no safety net.

On Friday, Landmark’s production of Deirdre Kinahan’s bitter-sweet play These Halcyon Days joined them, earning another Fringe First for a drama of a friendship that flowers in a nursing home.

The star ratings for those shows resemble constellations of approval: five stars for These Halcyon Days from the Times; five for Fionnuala from Three Weeks; five for Quietly from the British Theatre Guide; while smaller Irish shows such as The Edge of Our Bodies from new company PenKnife and Stefanie Preissner’s solo performance Solpadeine Is My Boyfriend have received creditable reviews and had healthy audiences. Still, none of it comes easy.

Preissner describes her experience of the festival with equal parts enthusiasm and concern. “It’s all jovial, and that’s great,” she tells me, “but the crowds of people really make the simple things so difficult – like licking your elbow. I tried to cross the street; a simple thing, no? No.”

The experience of performing in Edinburgh has made her see her show – a piece that addresses a generation slipping away from Ireland in the ebb of emigration – differently. “I guess I’m starting to understand that the people who leave, maybe they’re not abandoning their country, maybe they’d much rather stay at home with all their creature comforts, but right now it’s just not possible. Like me over here.”

Edinburgh’s bustling marketplace for performance, where the population of the city doubles overnight and the star ratings of reviews resemble hard currency, can give everything a desperate edge. “It’s a meat market,” says Preissner, “like a night club with everyone dressed to impress, just trying to pull. So I’ve started to question why we do this. On paper, I get to perform my show every day to people who want to see it. If I ever questioned the validity of my career, well . . . here, I am an artist, and that’s a great thing, surely. But so many things creep in: how do you measure which plays are ‘good’? What companies are ‘of worth’?”

Drama from trauma
Whether personal or political, the productions that have received most attention so far this year have tended towards stories of trauma and its aftermath. Nirbhaya, a piece of testimonial theatre from South African writer/director Yael Farber, is one such piece. It is based on the horrific gang rape of a woman last year in Delhi, which prompted mass protests around India and here involves performances by survivors of sexual assault.

Other performances involve more fictional and dramatic treatments, such as David Greig’s extraordinary new play The Events, which portrays the aftermath of a mass shooting with the consoling and uplifting spirit of a community choir, or Ballad of the Burning Star, a history of the Israeli and Palestinian conflict from Theatre Ad Infinitum, which funnels real experience into an acerbic, frenetic and fraying drag cabaret performance. Cumulatively, they suggest that theatre is doing a lot of psychic load-bearing.

This year the Traverse seems to have tapped directly into the phenomenon, while celebrating its 50th anniversary as Scotland’s leading theatre for new writing with a stimulating, stirring programme.

“Having curated the work and engaged with it, I always feel the better for it,” its artistic director Orla O’Loughlin tells me, considering the effect of theatrical conflicts both calm and harrowing. “I always feel that something has been examined or released or confronted. I felt a catharsis.”

It seems significant then, in a theatre celebrated for new writing, that the audience is so often involved directly in the work, whether it’s the moments of audience participation in Have I No Mouth, a creative howl of protest and therapy from Dublin’s Brokentalkers; Ontroerend Goed’s interactive satire Fight Night; the direct address of David Harrower’s play Ciara; or the amateur choir that doubles as a chorus in The Events.

“I think they are performances that speak directly to us,” says O’Loughlin. “There’s a sense that the audience are out there, to be addressed, included and recognised.”

‘It makes no sense financially’
As rain falls on the Assembly Hall on Saturday, Anne Clarke, the producer of Landmark Productions, carries the large Fringe First plaque for These Halcyon Days as she waits to celebrate with writer Deirdre Kinahan and her cast. Kinahan has gone to find champagne flutes, but Clarke, who also brought her production of Howie the Rookie to the venue, seems slow to relax.

“It’s a marathon,” she says. “You can’t let up till you get to the finish line.” The rewards at Edinburgh, she explains, are not at the box office. “It makes no sense financially – absolutely none – to bring a show to Edinburgh. Without Culture Ireland I wouldn’t be here with one show, let alone two. But it’s an investment in the show, in the life of the shows, in people’s careers.”

If Clarke, a seasoned visitor, comes to the festival harbouring no illusions, Lauren Farrell, the performer of Adam Rapp’s dark monologue play The Edge of Our Bodies, seems both informed and defiantly optimistic. “We were warned about how competitive it was, and that it can be a really tough experience,” says Farrell. “However, I completely and utterly believed in the project to the extent that I really didn’t take that in. You have to start things from an ultra-positive place.”

Engaging pedestrians in a hard sell at the world’s performance marketplace, both Preissner and Farrell agree, can be a painful business, yet their faith has been rewarded with decent houses, good reviews and interest from other theatres in bringing their work further afield.

“There was a time during one performance when I watched a man down a naggin of vodka in the front row,” Farrell recalls, “but that’s the Fringe. It’s weird and I love weird. It was totally worth it.”

The appeal of the Edinburgh Fringe is precisely that weirdness, a place of high risk and guaranteed loss. It is a place where art and business collapse into one another, trauma folds into entertainment, and whether a show counts as a triumph or catastrophe is just a matter of perspective.

“We spend so much of our time at home trying to get people to go to the theatre,” says Clarke. “Then you come here and you’ve got tens of thousands of people just looking for it. And that’s a glorious thing.”

The rise of the virtual book club
8