The TV theme songs that make you drool with pleasure

Patrick Freyne: The secret to a great ever-lasting memorable show is a catchy, sing-along intro 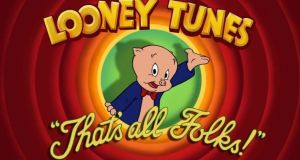 This week Delia Derbyshire was honoured with a posthumous PhD from Coventry University for her amazing work at the BBC Radiophonic Workshop. Derbyshire was the unheralded genius who arranged Ron Grainger’s Ron Grainger’sDoctor Who scoreinto the sort of groundbreaking electronica befitting a time-travelling space-granddad who fought interstellar pepper-pots and the laws of physics. It got me thinking of the importance of theme music and intro credits and how they trigger a Pavlovian drool response in telly fans. I have selected some interesting examples for discussion.

The Fresh Prince of Bel Air

Once upon a time programmes told you their basic premise in song every week. Episodes would begin with the programme-makers basically pitching the show again to that era’s amnesiac TV audience. Yes, ’twas far from binge-watching or following a basic plot we were rared, apparently. The Fresh Prince of Bel Air was an exquisite example of the genre. Each week Will Smith would act out and rap the circumstances of his move from rough and ready West Philadelphia to the riches of Bel Air, making an eloquent case for wealth redistribution that neither the show nor America ever quite delivered on.

It’s a shame that the Saturday Evening Post never sent Joan Didion to report on and philosophise about gluttonous canine burn-out Scooby Doo and his hippy chums as the 1960s slithered into the ’70s and they travelled American in a van investigating “ghosts” (The only “ghost” here, as Didion might observe, is that of “America”). Anyway, Hanna Barbera’s shameless generational cash-in needed a suitably hip slice of pop music and got it in the shape of “Scooby Dooby Doo, Where are You?” a meaningless piece of beatnik gibberish if ever there was one. If it turned up scrawled in blood on the walls of a pop producer’s house, I would not be surprised. Pesky kids.

The gentle easy-listening theme to Cheers echoes similarly bittersweet AOR tunes on other 1980s sitcoms (Golden Girls, Family Ties) and it quickly became the internal backing track for problem-drinkers everywhere. It paints the singer’s favoured hostelry, not as a dank cave of sadness (apologies to Des down at my local), but as a place of refuge “where everyone knows your name” notwithstanding the fact that if everyone in a bar knows your name, either you are a local figure of fun like “Bang Bang” (possibly), or you have a serious drink problem (probably). Still, thanks to Cheers I am deeply invested in the will-they-won’t-they Sam-and-Diane-style relationships of all bar staff and expect my name to be roared enthusiastically on entry to most rooms.

As an impressionable infant I liked the frenetic brass and pizzicato strings stylings of the Loony Tunes theme which always ended with porcine people-pleaser Porky the Pig breaking the fourth wall in order to declaim “Th-th-that’s All Folks!” like I do at the end of every column. Sadly, in retrospect, the Loony Tunes characters themselves embodied every sort of toxically masculine internet troll – from easily-slighted Elmer “crisis-of-masculinity” Fudd, sock-puppeting 4chan trickster Bugs Bunny (or Lady Bugs Bunny depending on what handle he’s using), apoplectic Breitbart columnist Daffy Duck, and, most troublingly, Gallic sex pest Pepe le Pew. It was a different time.

This idyllic depiction of a magical wooden boy driving a convertible through a British-accented Toyland filled with “his special friends” is best understood now as a fevered cheese dream Michael Gove once had about Brexit Britain (Big Ears and Tubby and Mister Plod are clearly fellow members of the Tory cabinet). This video is what they show Jean Claude Juncker when he asks to see “the plan”.

Jessica Fletcher typing frantically, bicycling maniacally, gardening, snooping, smiling fondly (at a corpse probably) and shining a torch with a suspicious look on her face, all to a charmingly jaunty piano, piccolo and tuba theme. You’d never know she was darkly navigating an endless cycle of senseless butchery. “I am now become death, destroyer of worlds,” says the piano riff, but chirpily.

The Muppet Show was both the best depiction of what life is like in the entertainment industry and what life is like as an adult (relationships are difficult; you are now covered in fur; you possibly have a beak). It also featured one of the best over the top intros and theme tunes ever. This video is best played now as a form of catharsis before panel discussions and political debates (Hashtag “Satire”).

This jauntily slightly melancholic theme song depicts the eponymous early-riser flaunting health-and-safety regulations by bringing a cat in his van. This intro concept was ripped off by the more widely acclaimed Sopranos credit-sequence which also featured a rule-defying maverick driving to work.

The mock heraldic strains of the Game of Thrones theme, borrowed straight from Monty Python’s Holy Grail, accompany a nifty dragon’s eye view of a beautifully wrought clockwork Thronesiverse. Though I got bored with the show itself, I never got bored of this awesome intro to which, in my house, we like to perform a little prancing dance as though riding a pony. Still, I think a new credit sequence might shake things up a bit for the final series. How about “sexy” kings and queens dancing in silhouette, as Shirley Bassey melodically bellows, “It’s the Game of Thrones. What a game it is. The Game of Thrones. Can you play… the Game of Thrones?” And then on the outro she could sing: “Did you enjoy the Game of Thrones? What a difficult game it is. So many rules in… the Gaaaaame of Throoooones…” I’ve got a melody and everything. If someone could pass this on to the creators of Game of Thrones that would be great.