The most famous British murder you've never heard of

Private detective Daniel Morgan was murdered 30 years ago, and Peter Jukes’s podcast Untold delves into a web of corruption, blackmail and tabloid dirt 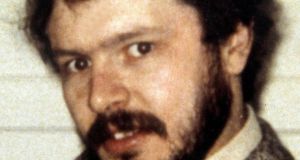 Daniel Morgan: part of a landscape of private detectives who did the bidding of the press for huge sums of money

When Peter Jukes first made contact with the brother of murdered private detective Daniel Morgan, it didn’t seem like the most auspicious phone call he’d ever made. “Alistair just said he was sorry,” he recalls. “He just couldn’t keep telling the story, he was tired and he put the phone down.”

Daniel Morgan was killed in 1987. He was attacked with an axe in the car park of a London pub. The implication at the time was that this was done to silence him before he could expose corruption within the police force. By the time Jukes was first introduced to Alistair, Daniel’s brother had been seeking justice for more than 20 years.

Alistair’s initial reticence was eventually overcome, and their subsequent work tying up the leads in the case gave us one of last year’s most explosively popular podcasts, Untold: The Daniel Morgan Murder. In gripping half-hour instalments, Untold rakes over the details of the extraordinary case, uncovering staggering levels of corruption throughout law enforcement, the British government and the press. Anchored by the extraordinary testimony of Alistair Morgan and others close to the murder, the show weaves through huge amounts of primary and secondary sources, trails of money, and court findings from previous investigations, to shed light not just on the murder, but on its place within a poisonous ecosystem of crime and blackmail.

Untold has now been downloaded more than eight million times. Not bad going for a show that was recorded in an upstairs bedroom.

“We pitched the idea, crowdfunded £10,000, and made one episode at a time. All in our producer’s parents’ spare bedroom,” says Jukes. “I’m not an experienced journalist. I have become more experienced since working on this, and the book, but with Alistair I felt like I could add something: a bit of storytelling clarity or narrative cohesion.”

Jukes is a playwright, screenwriter and literary critic. His screen credits include devising BBC crime thriller In Deep, alongside scripts for Holby City, The Inspector Lynley Mysteries and Waking The Dead.

Throughout Untold, Jukes must collate the bewilderingly vast amount of information surrounding the case into something digestible for 30-minute episodes.

“I’ve had 25, 30 years of drama writing, of thinking from the audience’s point of view all the time. I think of the show like the film Chinatown: a complicated backstory that you can follow once you have an emotional through-line of those main characters. I may not quite understand every detail of the plot of, say, LA Confidential, but it doesn’t matter – I care about the people.”

Central to the case is the fact that Morgan, a detective for Southern Investigations, was part of a whole landscape of private detectives who did the bidding of the press for huge sums of money. Many of these detectives were former employees of the Metropolitan police who, along with wider government, appeared happy to look the other way.

“It went throughout Fleet Street,” says Jukes. “Most newspapers used detectives, especially the tabloids, and they used highly invasive, very illegal practices. I can’t find any other newspaper system in the world which ever resembled it. Yes, there’s muckraking or propaganda, but hacking, bugging, burglary is unique.”

The show uncovers an environment of collusion so rife as to be pandemic. “You only have two protections against these kinds of abuses,” Jukes says, “the rule of law and whistleblowing journalists. When both are gone, what do you have to protect you? I think that’s why it’s a unique case, and so tragic. Alistair went to the police, a detective named Fillery, thinking he was a safeguard, but Fillery was soon arrested as a suspect and worked with [fellow suspect] Jonathan Reece for the next 20 years.

“When he realised the police were unreliable, his next port of call was the press but, unbeknownst to him, at the very same time he was there telling his story to [a newspaper], Reece, Fillery and others would have been out the back doing these huge cash deals for stories.”

As the Leveson inquiry later made abundantly clear, detectives had near-total freedom to dig up dirt on celebrities, sportsmen and politicians, in a culture of blackmail and intimidation reminiscent of Russian kompromat. Since that inquiry, is Jukes even mildly satisfied that some aspects of the industry have changed?

“Well, people don’t hack voicemails any more and there is a scrutiny on journalists since the bribery act has come into place in 2013. The particular nexus of tabloid journalists, private investigators and corrupt cops – that is now gone. New, bad things will replace it, but those involved were at least held accountable. In practice, the higher-ups got away and the footsoldiers paid the cost, but there were convictions.”

It’s not that he wants revenge; he wants to make sure that this never happens to anyone again

With a new inquiry expected to deliver its findings on the Daniel Morgan case in 2018, does he envisage his investigations having a similar effect in the real world?

“People ask what’s the end goal, or is there one; I don’t know. What will happen [with the forthcoming inquiry] is there will be a lot more scrutiny on what went wrong with the previous inquiries, and something to ensure that this will never happen again, which is Alistair’s whole motivation for all this. It’s not that he wants revenge; he wants to make sure that this never happens to anyone again.

“Can a solitary podcast and author really do anything?” he asks. “Well, that’s not really the story I want to tell in the podcast, or the book. It’s all about the resilience of the family, it’s the fact that they never gave up. The real story is that Alistair has dedicated his life to justice for his brother, which I think is hugely inspiring.

“It’s smarter to not think in terms of making the world a better place; for me it’s all about constantly trying to stop it getting worse.”

If Untold has left you spoiling for a true-crime fix, well you’re not alone. Since the recent success of both Serial and S-Town, crime-casting has seen a huge boom in interest from the listening public. So, with a near innumerable list of such shows to choose from, here’s a solid line-up of three you shouldn’t miss.

Crimetown
If someone were to tell you that one of the most fertile grounds for mob activity and corrupt statesmen in the US was Providence, Rhode Island, you might find it hard to believe. You may feel the need to discreetly google the place to make sure it was even where you presumed it was. But Crimetown shows that one little city in America’s North Eastern corner was a hotbed of intrigue involving bank heists, mob kills and a mayor being arrested for kidnap and assault.

Criminal
If Peter Jukes’s sonorous voiceover was a main attraction for the charms of Untold, then Criminal’s Phoebe Judge may well prove a hit. Criminal is an episodic show that features a different story each week, ranging from standard boilerplate murders to wildly esoteric illegalities. Her vocal delivery is so soothing it could soften the blow of any gruesome deed, and Criminal is less about shock and horror as it is about the engrossing, wholly human stories of those people affected by or involved with crime.

My Favorite Murder
Very much on the opposite end of the spectrum, My Favorite Murder (do remember it’s the American spelling of “favourite” when you search) is a more riotous look through the annals of true crime, mostly serial killer literature. Hosts Karen Kilgariff and Georgia Hardstark guide the listener through different murders each week, with a shameful glee in the horror of it all. Always ready to interrogate their shame over their fascination for these abhorrent true-life events, the hosts wring bleak humour from the craziness described and society’s seemingly universal thirst to learn more about these stories.

Kevin Bacon: ‘I was incredibly cocky and unwilling to take any advice’
10