What have RTÉ got in store for your Christmas TV? 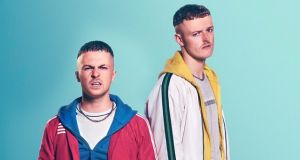 Christmas episodes of hit television shows The Young Offenders and Mrs Brown’s Boys are sure to put a smile on even the Grinchiest of family members’ faces this Christmas season as part of RTÉ’s 2018 holiday schedule, announced on Wednesday.

Late December is the rare time of year when the entire family gathers to celebrate traditions ranging from gift sharing and bundling up around the fireplace to eating sinful amounts of turkey and ham.

This festive season, however, RTÉ hopes new-found family traditions are formed in front of televisions across Ireland, which will be airing films such as Life after the Rising, a documentary presented by social historian Catriona Crowe exploring archive footage and personal stories from the time.

Other notable programmes on the television network’s holiday schedule include The Zoo Winter Special, Pope Francis in Ireland: Behind the Scenes, Ireland’s Fittest Family – Celebrity Special, and Celebrity Home of the Year.

While familiar faces of RTÉ’s popular sitcoms and reality shows will be on display over the next month, many international movie stars will be making their RTÉ premieres, as several blockbuster films will be airing on the network for the first time, including Notorious, a documentary focusing on the rise of Ireland’s own, boxer Conor McGregor.

Other films making their RTÉ debuts this holiday season include The BFG, The Jungle Book, Antman, Zootopia, Star Wars: The Force Awakens, The Magnificent Seven, Deadpool and Creed.

In addition to the above Hollywood hits, perennial favourites Home Alone, Love Actually, Miracle on 34th Street, Harry Potter and James Bond will be making returns to the small screen.

Viewers interested in something interactive need look no further than The Greatest Show That Never Was, a pantomime featuring sing-alongs with several RTÉjr. stars recorded in front of a live audience of 500 kids and their parents in the Tommy Leddy Theatre in Drogheda.

For the musically inclined, there is Castle on Christmas Eve, a melodic Christmas music showcase hosted by broadcaster Mary Kennedy with a wide range of performers including Johnny Logan, Dubliner John Sheahan and fellow fiddler Colm Mac Con Iomaire.

The special evening of festive music, old and new, will be broadcast from Dublin Castle.

RTÉ has also announced some January programming, including return of Dancing with the Stars and the brand new historical drama Resistance, set during Ireland’s War of Independence.

Oscars 2021 could be the best awards season ever
8