TV guide: 11 of the best shows to watch this week 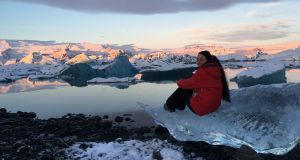 It’s 60 years since Cliff Richard and his backing group The Drifters (later The Shadows) hit the No 2 spot. It was their first chart success; both acts went on to have many more, both together and apart, but it’s Richard whose star has shone the brightest. Whether you love or loathe his music, you can’t knock Richard’s longevity. He certainly has plenty to celebrate at the moment. Earlier this year he won his court case against the BBC, but any bad feeling between himself and the broadcaster doesn’t seem to have lingered because he recently recorded a session for their In Concert series for Radio 2.

Lego and Christmas go together like turkey and cranberry sauce, comfort and joy, mistletoe and wine. So it’s no surprise that the makers of Lego Masters – the X Factor for brickmeisters – have come up with a seasonal special, featuring somewhat famous trying to outdo each other in building imaginitive Lego creations. (Well, it beats being in the jungle covered in creepy-crawlies.) The idea is simple: six slebs are paired with six talented young brickies from the two Lego Masters seasons so far. I recognise one celebrity name –actor Warwick Davies – but I’m sure they’ll all show their star-building quality soon enough.

RTÉ Investigates: Steroid Ireland
Wednesday, RTÉ One, 9.35pm
Reporters go undercover in a bid to expose those involved in the illegal trade in anabolic steroids. Users also reveal why they are willing to damage their health in order to build the perfect physique.

Fancy doing Airbnb, but in the most affluent parts of the world? This is Yasmine Akram’s task in this new series that basically exploits our envy of the super-rich, looking at the lives of the wealthy with undisguised, checking out some seriously high-end gaffes for rent on Airbnb. These are palatial pads ranging from sleek modern marvels of architecture to restored chateaux and mansions, many with infinity pools, private beaches, fully fitted kitchens and fully fitted-out superyachts. We know we shouldn’t torture ourselves by looking, but we can’t help it.

This Is My Song
Thursday, BBC1, 8pm
Not everyone who wants to make a record is looking to become a pop star. Some people just want to create a track that means something to them, which is where this two-part special comes in. Ordinary people are given the chance to enter a professional recording studio and record a song with the help of singer and producer Naughty Boy, Sister Bliss from Faithless, and leading producer Andrew Hunt, as well as a team of vocal coaches. Those stepping into the booth include 72-year-old Yorkshire crooner Ronnie and his 23-year-old grandson Jordan, who want a recording they can treasure for years to come. Others stepping up to the mic include 13-year-old Jasmine, who suffers from anxiety and wants to record a song that has helped her through tough times.

Architect George Clarke and master craftsman Will Hardie embark on a road trip to explore the ingenious small-space wonders hidden away among the snowy peaks of the Swiss, French and Italian Alps. They start out from an observation point 4,000m above sea level, then take in a secret ski lodge disguised as a boulder, a treehouse resembling a giant acorn, and a Swiss cabin made almost entirely from concrete. Other highlights include a hamlet made from eight 200-year-old chalets collected from all over the Alps and a mountaintop restaurant resembling a spaceship.

The 2017 documentary Billy Connolly & Me: A Celebration stirred mixed emotions with fans. On the one hand, it was great to see “The Big Yin” on TV, but on the other it felt so much like an obituary. Many fans will be relieved to learn that although this new documentary finds Connolly reflecting on his previous TV travels, it also features some upbeat new footage of the comedian exploring his current home in Florida. As he travels around the Florida Keys, Everglades and Miami, he encounters alligators, Cuban domino players, a “takeaway” poet and his wife Pamela, who joins him for a post-fishing trip meal.

Amazing Hotels Christmas Special
Thursday, BBC2, 9pm
In a festive special edition of Amazing Hotels: Life Beyond the Lobby, Giles Coren and Monica Galetti travel to Kulm Hotel St Moritz. This Swiss Alpine hotel was the birthplace of winter tourism more than 150 years ago. Back then the owner made a bet with summer guests that if they returned in the winter and did not enjoy themselves he would pay for their stay. The guests stayed for the season – and a new industry of winter leisure and sports was born. During their stay, Giles works as a bellboy while Monica helps joint managing director Jenny transform her office into a private dining room for a nostalgic candlelit dinner.

The Irish general election of 1918 was a seismic event in country’s political landscape, marking the rise of Sinn Féin and setting in train the push for independence. It’s seen as the birth of Irish democracy, as the newly elected representatives chose not to go to Westminster but set up their own parliament in Dublin. And it saw the emergence of a brilliant young New York-born politician, Éamon De Valera, who was swept to victory in his local Clare constituency. If TV had been around in those days, it would have made for gripping viewing, so Loosehorse Productions has put together an election special, reporting “live” on events 100 years ago as they unfolded. David McCullagh and Sinéad O’Carroll are the presenters of this special recreation, with political analysts giving their views as the political tectonic plates shifted, and actors in costume taking on the roles of key players in the drama. The programme will use modern data analytics and infographics to interpret the results, and dramatic recreations seamlessly blend with archive footage to bring viewers right into the moment. Producer Ruan Magan previously brought us the Ifta-winning documentary 1916: The Irish Rebellion and the drama Wrecking the Rising, so this should be an interesting slice of historical analysis.

Ón Rinn go Reykjavik
Friday, TG4, 7.30pm
Natália Uí Fhaoláin explores what it means to find a home away from home when she meets with Sibéal Turraoin. The An Rinn native, explorer and photographer tells Uí Fhaoláin about living in Iceland, and together they discover what similarities and differences they share on their unlikely journeys.

He’s already presented The Sound of Cinema and The Sound of Musicals, and now composer Neil Brand is combining the two with this three-part series tracing the evolution of film musicals from 1929’s Broadway Melody all the way up to La La Land. He begins with the arrival of sound, looking at how some of the all-singing, all-dancing movies of the Great Depression, such as 42nd Street and Gold Diggers of 1933, were tougher and more socially aware than their reputations might suggest. But Brand doesn’t just focus on Hollywood: he also takes a look at the Russian musicals commissioned by Joseph Stalin to promote Soviet ideology.