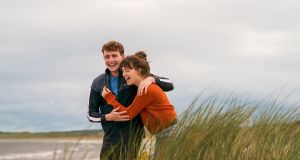 You would think, when it comes to choosing novels for adaptation to the big or small screen, the less perilous route for any director to take would be to select an obscure work that never came close to troubling a bestseller’s list.

Opting to adapt one as successful and lauded as Sally Rooney’s second novel might seem a little hazardous, foolhardy even, when its army of devotees have already imagined their own adaptations – and don’t want them messed with.

Then again, Lenny Abrahamson didn’t shy away from the challenge of adapting Emma Donoghue‘s bestseller Room, which went on to Oscar-nominations and a Best Actress Academy Award for its star, Brie Larson. Rooney’s Normal People (BBC 1, Monday, 9pm; RTÉ1, Tuesday, 10.15 pm) was put in the most sensitive of hands.

The Dubliner directed the first six episodes, written by the author herself along with Alice Birch, before English director Hettie Macdonald took over for the final six, which were scripted by Birch and Mark O’Rowe.

And between them all what they have created is a quite beautiful portrayal of the novel, its main characters Marianne and Connell played superbly by Daisy Edgar-Jones (Cold Feet, War Of The Worlds) and Paul Mescal, who is making a memorable television debut.

For the few who didn’t read the book, Normal People follows the relationship between the pair from their time in sixth year in a Sligo school to when they both move to Dublin to study at Trinity College.

A complex relationship it is too, Marianne an unpopular and lonely figure among her peers, who treat her with casual cruelty – all of them, she says, regarding her as “annoying, obnoxious, argumentative, self-righteous, arrogant and frigid”.

Connell, on the other hand, has a large circle of friends, but harbours his own insecurities, concealing, for example, his love of reading from the group lest they mock him. They hide their relationship from the others, so it consists solely of secret meetings.

Adding to the complications are the pair’s very different social standings. Connell’s mother is the housekeeper in Marianne’s swish home, while he lives in number 136 on a road of decidedly more modest abodes. “I bet you’d pretend not to know me if we bumped in to each other,” he says when they talk about going to Trinity together. “I would never pretend to not know you,” she insists, but that tension hangs in the air.

But while there’s all the awkwardness of any first love, there’s an intense chemistry between them too, the scenes of their earliest intimacy tenderly and sensitively shot.

And in the opening two episodes alone, there are bountiful reminders of how that stage of life is filled with as much pain as it is joy, both Marianne and Connell fragile and filled with self-doubt as they try to figure out who they are and how to take their next steps together. And you can’t but root for them.

Normal People is, in a word, gorgeous.