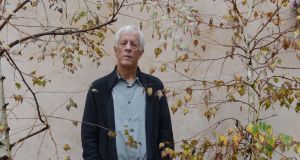 Michael Apted at his office in West Los Angeles in December 2012. Apted was the acclaimed British director of films such as the Coal Miner’s Daughter. Photograph: Robert Yager/The New York Times

Michael Apted, who has died aged 79, was a director who moved with ease between socially conscious documentaries and feature films with a special focus on female achievement.

In the latter camp was Coal Miner’s Daughter (1980), for which Sissy Spacek won the best actress Oscar for playing the country and western singer Loretta Lynn, and Gorillas in the Mist (1988), starring Sigourney Weaver as the murdered conservationist Dian Fossey. He also enjoyed commercial success with the James Bond film The World Is Not Enough (1999) and the CS Lewis adaptation The Chronicles of Narnia: the Voyage of the Dawn Treader (2010).

He made his most profound and enduring impact, however, with the Up series of television documentaries chronicling the lives of 14 British people in seven-year increments - “The shop stewards and executives of the future”, as the programme, the brainchild of Tim Hewat, originally put it.

Seven Up! went out as part of Granada Television’s social and current affairs strand World In Action in 1964, when Apted was still a researcher. It had been his job to help find a selection of seven-year-olds to be interviewed about subjects including love, money, race and opportunity. The selection was largely white, male, London-centric and from diametrically opposed ends of the social scale, an imbalance Apted regretted (“We really didn’t take enough care in choosing the children”) and later redressed in 7Up 2000, featuring a new crop of youngsters. That was one of several Up off-shoots (including foreign incarnations) on which he took a producing role.

Seven Up! was intended as a one-off; only later did it dawn on Apted and his colleagues to follow the children into adulthood. Paul Almond directed the initial programme before Apted took the reins on all subsequent instalments, which he also presented. His final contribution was 63 Up (2019).

The hardest edition to make, he said, was the second, Seven Plus Seven, in 1970. “The material was dreadful - as teenagers, they wouldn’t say anything. Yet we started to realise the power of the idea; despite the film not being very good, everyone was interested in it.”

He became friends with many of his subjects, causing him to reflect on the relationship between art and life. “You want dramatic things to happen to them to make the film exciting,” he said in 1986. “On the other hand, how can you wish that? I’m not saying I want one of them to drop dead, but I find myself thinking, ‘God, no one’s divorced yet, no one’s had a serious bereavement,’ all of which, in a grotesque way, would make for a wonderful film, so there’s that awful quandary between the friendship part and the film-making part.”

Though the Up films were internationally acclaimed, winning Apted the coveted Peabody award in 2012, he mourned their skewed portrait of women. “The change that’s gone around with women in the workplace and women’s place in society is the most significant sociopolitical event in contemporary culture,” he said in 1995. “I missed it. I only had four women out of the 14 and all four of them settled into domestic life very quickly.”

In his good-natured way he prodded and challenged the trio of working-class women in the show, who gave as good as they got. “I keep saying there’s a big world out there, beyond going to dances and having babies and beer money,” Apted said, “and they just have a go at me on camera.” A connection emerged between this gender bias and the increasing focus on women in his feature work.

He was born in Aylesbury, Buckinghamshire, and raised in Ilford, Essex; his mother, Frances (née Thomas), stayed at home while his father, Ronald Apted, worked in insurance. He got into the City of London school on a scholarship before studying history and law at Downing College, Cambridge, where his contemporaries included John Cleese, Trevor Nunn and Stephen Frears.

He was accepted on to a six-month Granada Television training course in 1963, and remained with the company for the rest of the decade, directing numerous plays and programmes.

He had a successful stint on Coronation Street when the popular soap opera was enjoying one of its golden periods, with many scripts written by the marvellous Jack Rosenthal. Apted had the distinction of directing the episode that brought a viaduct down on the head of the fearsome Ena Sharples, who survived, hairnet intact. “Forget bloody movie stars!” he later remarked. “Violet Carson [who played Ena] and Pat Phoenix [Elsie Tanner] were the biggest divas in Britain. It was a wonderful baptism, fantastic training. Everything I ever learned about actors I learned from Coronation Street.”

Apted and Rosenthal had other successful collaborations, including the sitcom The Lovers (1970) and a pair of wise and funny television films: Another Sunday and Sweet FA (1972) and P’Tang Yang Kipperbang (1982). Apted made his film debut with The Triple Echo (1972), starring Glenda Jackson and Oliver Reed, adapted from HE Bates’s story about a deserting soldier disguised as a woman.

With the David Essex vehicle Stardust (1974), he tried to show the ugly side of glamour and fame. In 1975, he began making Trick Or Treat but shooting collapsed after clashes with its star, Bianca Jagger, and the film was never completed. Warner Bros hated his gritty, oddly tender London gangland thriller The Squeeze (1977) and refused to release it in the US.

Apted himself was unhappy with Agatha (1979), a drama about the disappearance of Agatha Christie (Vanessa Redgrave), which he felt had been unbalanced when Dustin Hoffman was shoehorned into the project to improve its box-office chances.

He happened to be in the US when Universal needed a director for Coal Miner’s Daughter after firing the original one. Apted acquainted himself with the people of Appalachia and their surroundings, and brought some documentary authenticity to the movie. “Michael was the key to it all,” said Spacek. “I shudder to think what the film would have been without him.”

His decision to cast the comic John Belushi in a straight role in the love story Continental Divide (1981) was “a classic misjudgment” but he was right to choose Dennis Potter to adapt Gorky Park (1983), a brooding Russian-set thriller that Apted shot in Helsinki and Stockholm with Lee Marvin and William Hurt.

The extent of his eclecticism can be measured by the smallest sample of his work: Bring on the Night (1985), a documentary about Sting; the Richard Pryor comedy Critical Condition (1987); the legal drama Class Action (1991); Thunderheart, a thriller about the oppression of Native Americans that came out of his documentary Incident at Oglala (both 1992); Nell (1994), starring Jodie Foster as a woman raised in the wild; and the code-breaking drama Enigma (2001).

Recent work included episodes of the television series Ray Donovan (2013-16) and Bloodline (2017), the latter reuniting him with Spacek. “I’m a magpie rather than a visionary,” he said. “Little of what I do is about myself. I tend not to make personal films, which allows me to have an enormous variety in my work.”

He is survived by his third wife, Paige Simpson, and by three children: his son James, from his first marriage to Jo Proctor (their elder son, Paul, predeceased him in 2014); John, his son by his second wife, Dana Stevens; and his daughter, Lily, from a relationship with Tania Mellis. –Guardian