Sex and the City to return for new series

The revival will be called And Just Like That, but Kim Cattrall will not be involved 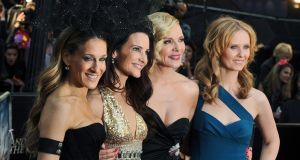 Sex and the City, the landmark TV series that ran from 1998 through 2004 and was later made into two feature films, is returning yet again. Sarah Jessica Parker, Cynthia Nixon and Kristin Davis will reprise their original characters for a new 10-episode series, US network HBO Max said in a statement.

Kim Cattrall, the other major Sex and the City cast member who has repeatedly expressed her opposition to revisiting the series, is not returning. HBO Max said that the revival would be called And Just Like That and that production would begin in New York in the “late spring”.

The return of Sex and the City is just the latest revival for HBO Max as the eight-month-old streaming service tries to rebound after a sluggish start. Executives for HBO Max are also making a new Gossip Girl series, and they have committed to a Friends reunion special.

Michael Patrick King, a top producer of the original series and the Sex and the City films, will return as an executive producer. – New York Times