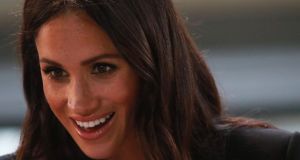 British women MPs from across the political divide have condemned the UK media’s treatment of Meghan Markle, duchess of Sussex, claiming some of it displays “outdated, colonial undertones”.

More than 70 female parliamentarians have signed an open letter stating that they stand with Meghan in saying such behaviour “cannot be allowed to go unchallenged” and praising her for “taking a stand”.

The MPs criticise the “often distasteful and misleading” stories carried by some British media outlets and pledge to do everything in their power to ensure the press respects the duchess’s right to privacy.

The letter, on House of Commons headed notepaper, was posted on Labour MP Holly Lynch’s Twitter account and addressed to the duchess of Sussex.

It follows an ITV documentary in which Meghan spoke of how she was warned by friends before marrying Prince Harry that the British tabloids would destroy her life. She also spoke of how she had tried to adopt a “stiff upper lip” but had been the subject of unfair and untrue stories.

She is suing the Mail on Sunday, accusing it of breach of privacy and copyright after it printed extracts of a private letter from her to her estranged father, Thomas Markle. Her husband, Prince Harry, has issued legal proceedings against the owners of the Sun and the Daily Mirror over alleged phone hacking.

Women MPs from all political parties have put aside our differences to stand in solidarity with the Duchess of Sussex today and are sending her this open letter. pic.twitter.com/ytLHG5qPf4

The letter from the MPs reads: “As women MPs of all political persuasions, we wanted to express our solidarity with you in taking a stand against the often distasteful and misleading nature of the stories printed in a number of our national newspapers concerning you, your character and your family.

“On occasions, stories and headlines have represented an invasion of your privacy and have sought to cast aspersions about your character, without any good reasons as far as we can see.

“Even more concerning still, we are calling out what can only be described as outdated, colonial undertones to some of these stories. As women members of parliament from all backgrounds, we stand with you in saying it cannot be allowed to go unchallenged.”

They added: “Although we find ourselves being women in public life in a very different way to you, we share an understanding of the abuse and intimidation which is now so often used as a means of disparaging women in public office from getting on with our very important work.

“With this is mind we expect the national media to have the integrity to know when a story is in the national interest, and when it is seeking to tear a woman down for no apparent reason. You have our assurances that we stand with you in solidarity on this. We will use the means at our disposal to ensure that our press accept your right to privacy and show respect, and that their stories reflect the truth.”

For years, the British tabloids’ aggressive coverage of the duchess has drawn criticism from her supporters. When rumours of the prince’s relationship with Meghan, who is mixed-race, spread across Britain in 2016, Harry denounced the “racial undertones” of the coverage and social media harassment.

That year, columnist Rachel Johnson, the sister of British prime minister Boris Johnson, wrote in the Mail on Sunday that Meghan would contribute “some rich and exotic DNA” to the royal family. The Daily Mail headlined an article about her upbringing in Los Angeles: “Harry’s Girl Is (Almost) Straight Outta Compton. ”

In the years since, the tabloids have criticised Meghan for guest editing an issue of British Vogue, denounced her politics and accused her of “showing off.” This year, a BBC radio host was fired for posting a racist tweet hours after the couple presented their first son to the world.

In a statement released during the couple’s recent tour of southern Africa, Prince Harry accused the tabloid press of being behind a “ruthless” campaign against his wife.

He told ITV’s Tom Bradby that he would not be bullied by sections of the media “into playing a game that killed my mum” and wanted to protect his wife and their baby son, Archie. – Guardian, New York Times