Marian Finucane: moving meditation on grief and the impossibility of letting go 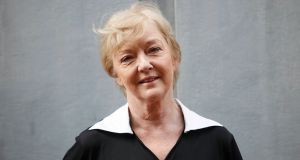 The Marian Finucane that emerges from the recollections of her husband was a bohemian and an idealist. Photograph: Collins

The easy option for RTÉ as the first anniversary of the death of Marian Finucane approached would have been to knock together a conventional hagiography brimming with talking heads and archive footage. It is to the credit of directors Kate O’Callaghan and Patrick Farrelly that Marian (RTÉ One, 9.35pm) is something very different.

Finucane’s legacy in broadcasting is of course celebrated. However, by grounding her story in the recollections of her still shellshocked husband John Clarke, the documentary becomes something bigger than just RTÉ paying tribute to one of its own. O’Callaghan and Farrelly instead deliver a moving meditation on grief and the impossibility of letting go.

Hyperbole is avoided by the filmmakers, whose 2011 film Nuala, about Nuala O’Faolain , was narrated by Finucane. Marian Finucane, who died on January 7th last year, was an important journalist who worked tirelessly to expose the misogyny that coursed through Irish society up until the 1990s (and arguably for far longer).

Yet the focus is often less on Finucane herself than on the claustrophobic religiosity of the Ireland in which she grew up. The best compliment that can be paid to Marian is that it makes for riveting viewing even if you were at best fuzzily aware of Finucane herself.

Clarke, who is filmed in black and white, pauses occasionally to light a cigarette. His face is not so much lived in as pummelled by the decades. A rumbling, plummily-accented voice enhances the noir-ish effect. The only nit to pick is that we could have done with more on Clarke’s background: where was he from, what did he do for a living?

But he speaks from the heart. The Marian Finucane that emerges from his recollections was a bohemian and an idealist. Someone who refused to be limited by the hidebound Ireland of her young adulthood.

Their relationship was unconventional by Irish standards. They were both married to other people when they met (Clarke with three young children). They tied the knot in 2015 after 35 years together. And then merely to have their “house in order” in the event of the worst happening.

The great tragedy of their lives was the death in 1990 of daughter Sinéad from leukaemia at aged eight. Clarke reveals that he would regularly tend to the grave and that, whenever he walked by it, he would always make a point of saying “hello” to Sinéad. Finucane never visited. And ever since his wife was laid to rest beside her daughter, Clarke has been unable to go back. Such are the mysteries of bereavement.

Grief is something with which Clarke is still clearly to learning to live. He spoke of the past 12 months as if they were fragments from someone else’s bad dream that had somehow ended up inside his head. Finucane had been in poor health in her final years. And yet it was still a shock when she died of pneumonia at aged 69, shortly after returning from a holiday to India.

“What I think, from time to time, is that it’s all been a big mistake. That I got it wrong,” Clarke says. “And that she’ll come through the door. A nanosecond later reality steps in. But there’s always that presence – that feeling of somebody there. And that I made a dreadful mistake when I thought she was dead.”