Irish Tribes Today: from digital bohemians to the revenge of the nerds

Our series looked at some of the new identities emerging in Irish culture, and asked what is driving their behaviour 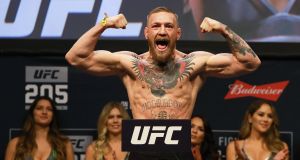 This week in The Irish Times Arts Pages, Ian Maleney has been looking at the emergence of modern tribes in Irish culture. We started with the premise that, in the internet age, people create their identities through their likes and interests, and spend a large amount of time performing these identities. This is mostly through their social media accounts and behaviour. We identified a few sections. drilled into their habits and behaviour and spoke to experts about the psychology and motivations at work behind that. The result is a series of essays that we hope provides plenty of fodder for further discussion.

Our first part looked atthe rise of the football intellectual – a sport that rewards as much attention as you want to give it, be it as a casual fan or a hardcore League of Ireland season ticket holder.

Part two looked at the Danish concept of Hygge, and how we market our happiness online for our peers. It also explored how difficult it is to express unhappiness in our modern culture.

The third part of our serieslooked at digital bohemians. Ireland has a fine tradition of sending artists abroad, but now it is more difficult than ever for them to survive. Lauren Berlant also identified the common problem of “cruel optimism”.

“The ‘problematic object’ is often an idea - of yourself, or of the world - that is unrealistic or untenable,” she writes. “That big break you’re counting on isn’t going to come, and you already know this, but you have to keep waiting for it. What else can you do?”

Part four looked at young Irish masculinity. It discussed the “village voice”, a subtle, unspoken set of rules that govern how we present ourselves in given contexts and how we think we are allowed to behave. This voice is largely now being ignored, and men are acting how they like.

Willie Osterweil highlighted the change in his essay What Was The Nerd?. He says the typical “nerd” narrative comes with a revenge fantasy baked in. “With comic-book franchises keeping Hollywood afloat and video games a $100 billion global industry whose major launches are cultural events, nerd culture is culture,” writes Osterweil. “But the nerd myth - outcast, bullied, oppressed and lonely - persists, nowhere more insistently than in the embittered hearts of the little Mussolinis defending nerd-dom.” He links the nerds of websites such as 4Chan and Reddit with “crypto-populist fascist movements”.

The final part looked at how the hipster, perhaps the most maligned cohort in our series, has come to haunt modern culture. As Rob Horning has written, for the hipster, “Everything becomes just another signifier of personal identity.”