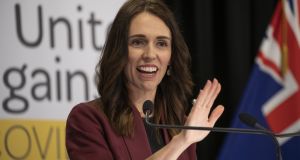 It’s good Friday, the day of desolation and death before resurrection, and a hopeful and fitting place to be at this point in the earth’s history. It is also Passover, apropos of which, as one Jewish joke doing the rounds wryly observes, “Commemorating not getting killed by a plague during a plague that you hope you’re not getting killed by, is probably as Jewish as you can get.”

And in keeping with another irony, where what was once penitential is now a pleasure, here is Marie-Claire Digby’s selection of fish recipes, including a luxurious fish and shellfish pie and decadent fishcakes with mozzarella.

Fancy a delicious chowder? Why not try this one from Chapter One head chef Eric Matthews. It’s easy to make and guaranteed to be a family crowd-pleaser.

While we are the subject of Good Friday, did you know it was once the most significant day to have a haircut. Girls believed that hair cut on this day would grow thicker and longer – twice as thick and twice as long, according to some accounts? Here is Shane Lehane’s guide to Good Friday traditions you’ve never heard of.

In praise of Jacinda Ardern

With English-speaking leadership to our immediate right and left dangerously flippant, narcissistic or erratic about the coronavirus, how spirit-enhancing, again, to see the leadership of Jacinda Ardern in New Zealand.

Social media has been lauding her strength and empathy, calling her a great and just leader, “a legend”, and exhorting leaders worldwide to learn from how she has led her country in the face of terrorism, tragedy and now a pandemic.

New Zealand, which closed its borders on March 19th, reported a decline in new coronavirus cases for the fourth consecutive day; it has identified more than 1,200 Covid-19 cases but has had only one confirmed death.

Among we can learn from New Zealand’s approach, Ivan Watson reports for CNN on the country’s strategies to curb the pandemic. The Guardian analysis explores whether Australia and New Zealand have stopped Covid-19 in its tracks.

And in theconversation.com Suze Wilson, who researches and teaches leadership, argues Ardern’s coronavirus response has been a masterclass in crisis leadership, the success or failure of which hinges on getting most people to choose to follow your leadership - even though it demands “sudden, unsettling, unprecedented changes to their daily lives”. Wilson puts it down to Ardern’s communication skills, and her abilities to enable people to cope with change and persuade many to act for the collective good.

Also praised highly, and widely: her designation of the Easter bunny and the toothfairy as essential workers.

Good news on the front of the only slightly less immediate threat to life on the planet: Scientists have created a mutant enzyme – which was originally found in compost –- that recycles plastic bottles in hours. The bacterial enzyme reduces the bottles to chemical building blocks that can then be used to make high-quality new bottles. (Existing recycling technologies produce plastic that’s usually only good enough for clothing and carpets.) The company developing it, Carbios, is aiming for industrial-scale recycling within five years.

Bono and the boys donate €10m

U2 has donated €10 million to support health care workers battling coronavirus in Ireland. The money is to source and buy personal protective equipment (PPE) for frontline staff, and ventilators. RTÉ reported the donation is part of an initiative involving Irish aircraft leasing company Avolon, working with public and private companies to raise funds to buy PPE from China; large consignment of medical supplies arrived at Dublin Airport early this week.

“This entire project was conceived and executed in just 10 days,” Emmet Moloney of Avolon told RTÉ. “We want to support the remarkable people on the frontlines of our healthcare services. Avolon is an Irish company that delivered the large cargo, including 40 ventilators. We’re proud and privileged to play our part in that.”

Additionally, the Government is spending more than €200 million on PPE from China, with dozens of Aer Lingus flights bringing it from Beijing to Dublin. Taoiseach Leo Varadkar tweeted: “Govt has ordered what in normal times would be a 13 year supply of PPE. Even so, all assistance from private sector and general public is welcome. We’d rather be using it than looking for it. And, when it’s all over we can build a stockpile and help out other countries in need too.”

Coronavirus may be making the internet better. In these dark days we increasingly see social media mobilising for better things than self-promotion or commercial gain. Artists are creating and distributing work – from opera to standup – that enables us to be together, apart. The internet has also become a medium by which people organise to help others in a range of community supports from raising money for food or supplies to online mental health help.

While the utopian dream of the early internet were crushed by the urge to maximise profit, Jenna Wortham in the New York Times writes about glimpses of the internet as what John Perry Barlow in 1996 called a place “without privilege or prejudice accorded by race, economic power, military force or station of birth”.

Love/Hate is returning to RTÉ on Friday nights. Why did we love it so much?
6

‘I feel ashamed to be Irish’ – David Brophy
8